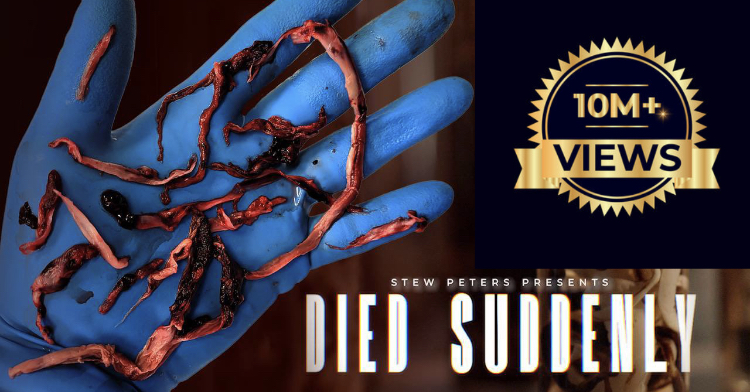 The groundbreaking new film from the Stew Peters Network uncovers the depopulation scheme at the heart of the COVID jab push.

Died Suddenly, the mega-viral new film from the Stew Peters Network, has eclipsed 10 million views, shattering through left-wing censors to expose the global depopulation scheme at the heart of the COVID jab roll-out.

Directed by award-winning documentarians Matthew Miller Skow and Nicholas Stumphauzer, with help from producers Stew Peters, Lauren Witzke, and Edward Szall, Died Suddenly has garnered massive viewership, across multiple platforms, since its Monday evening release. As of Friday, over 10 million viewers all around the globe have streamed the film, busting through left-wing censors to disrupt the globalist narrative that’s dominated the news and cultural cycle of the last three years…