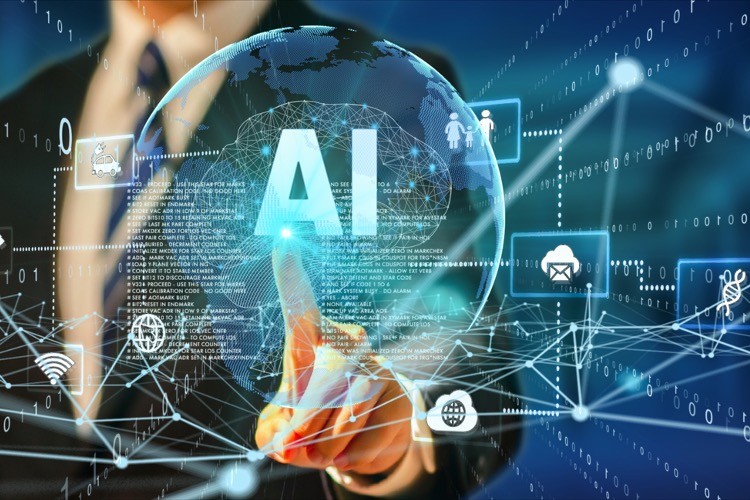 “Whoever leads in artificial intelligence in 2030 will rule the world until 2100.” So wrote the Brookings Institution in January 2020, echoing the warnings of so many. Thus should we be more than alarmed that the Pentagon’s former software chief — who just resigned in protest over our military’s stunted technological development — has said that cyber defenses in parts of our government are at “kindergarten level.”

Nicolas Chaillan, who left the Department of Defense earlier this month, said he departed “because he could not stand to watch China overtake America,” writes the Financial Times (FT).

“In his first interview since leaving … Chaillan told the Financial Times that the failure of the US to respond to Chinese cyber and other threats was putting his children’s future at risk,” the paper continues.

“‘We have no competing fighting chance against China in 15 to 20 years. Right now, it’s already a done deal; it is already over in my opinion,’ he said, adding there was ‘good reason to be angry,’” the FT also related.

This won’t come as a shock to some, with how Secretary of Defense Lloyd Austin and the now-infamous General Mark Milley have prioritized “wokeness” over military readiness. In particular, they’ve warned of “white supremacy” in the ranks and have sought to root it out (likely a cover for purging Biden regime opponents), which is a bit like devoting resources to ferreting out the remaining unicorns from America’s horse population.

Our generals have also been busy pushing sexual devolutionary and feminist innovations, such as developing “maternity flight suits” for pregnant service members and catering to the “transgender” agenda.

Meanwhile, the only “transition” China is interested in is that from great power to world empire. And “Chaillan, 37, who spent three years on a Pentagon-wide effort to boost cyber security and as first chief software officer for the US Air Force, said Beijing is heading for global dominance because of its advances in artificial intelligence, machine learning and cyber capabilities,” the FT also informs.

“He argued these emerging technologies were far more critical to America’s future than hardware such as big-budget fifth-generation fighter jets such as the F-35” and stated that “China was set to dominate the future of the world, controlling everything from media narratives to geopolitics,” the paper further writes.

To more fully understand AI’s significance, it “is useful to think of technical change as having come in four waves since the 1800s, brought about by a sequence of ‘general purpose technologies’ (GPTs),” explained Brookings last year. “GPTs are best described by economists as ‘changes that transform both household life and the ways in which firms conduct business.’ The four most important GPTs of the last two centuries were the steam engine, electric power, information technology (IT), and artificial intelligence (AI).”

What’s more, there isn’t much time to catch up if a nation falls behind in AI. As Brookings also writes, “Based on the evidence, the time between invention and widespread use was cut from about 80 years for the steam engine to 40 years for electricity, and then to about 20 years for IT…. There are reasons to believe that the implementation lag for AI-related technologies will be about 10 years.”

This explains why Chaillan cited the year 2030 — there could be only a decade to Chinese dominance.

To elaborate further, Brookings wrote in 2019 that “AI is not a futuristic vision, but rather something that is here today and being integrated with and deployed into a variety of sectors. This includes fields such as finance, national security, health care, criminal justice, transportation, and smart cities.”

But it’s AI’s military applications that are most scary (aside from Terminator-like domination by AI itself, which some experts warn about and others dismiss). The Romans could forge a great empire partially because they were militarily superior to their foes; one of the latter, the English, would much later dominate the world for the same reason. Then there were the WWII-era Germans and their blitzkrieg, their “lightning war” in which surprise, shock, overwhelming force, and speed were used to subdue an adversary.

Brookings explained in 2019 that AI will facilitate an updated version of this: “hyperwar.” As it wrote:

The big data analytics associated with AI will profoundly affect intelligence analysis, as massive amounts of data are sifted in near real time — if not eventually in real time — thereby providing commanders and their staffs a level of intelligence analysis and productivity heretofore unseen. Command and control will similarly be affected as human commanders delegate certain routine, and in special circumstances, key decisions to AI platforms, reducing dramatically the time associated with the decision and subsequent action. In the end, warfare is a time competitive process, where the side able to decide the fastest and move most quickly to execution will generally prevail. Indeed, artificially intelligent intelligence systems, tied to AI-assisted command and control systems, can move decision support and decision-making to a speed vastly superior to the speeds of the traditional means of waging war. So fast will be this process, especially if coupled to automatic decisions to launch artificially intelligent autonomous weapons systems capable of lethal outcomes, that a new term has been coined specifically to embrace the speed at which war will be waged: hyperwar.

While the ethical and legal debate is raging over whether America will ever wage war with artificially intelligent autonomous lethal systems, the Chinese and Russians are not nearly so mired in this debate, and we should anticipate our need to defend against these systems operating at hyperwar speeds.

So as for China’s road to dominance, Chaillan told FT, “Whether it takes a war or not is kind of anecdotal” (he perhaps meant “incidental”) because technological superiority will carry the day regardless. He sounded a bit more optimistic in a Tuesday Tucker Carlson Tonight interview (video below), stating that Beijing would trump us if — if we didn’t change course soon.

So what’s the final analysis? Some point out that China has not only advantages but also deficits, ranging from a demographic crisis to the problems inherent in central planning, while the United States enjoys the benefit of market-incentivized entrepreneurial innovation. But here’s what we can know for certain:

You can’t focus on what makes sense when consumed with nonsense — and it’s hard engaging an external foe when gripped by internal woe. Pseudo-elites such as thoroughly modern Milley are too deluded and focused on cutting edge “wokism,” and on advancing their careers, to give proper attention to cutting-edge technology.

In contrast to the Chinese, united partially via an iron fist, we’re balkanized in a host of ways. Why, Chaillan points out that while Chinese corporations have no choice but to aid their government’s AI ambitions, our Big Tech often refuses to help the Pentagon (as it censors the rest of us).

This isn’t an argument for Beijing-style autocracy (which almost appears our pseudo-elites’ preference). It is an argument for the unity that only collective moral and philosophical rectitude can bring, for what John Adams called that republican prerequisite: being “a moral a religious people.”

A representative republic is imperiled when the citizens are so immoral and divided that they’re too busy fighting each other to notice the ogre at the gate.