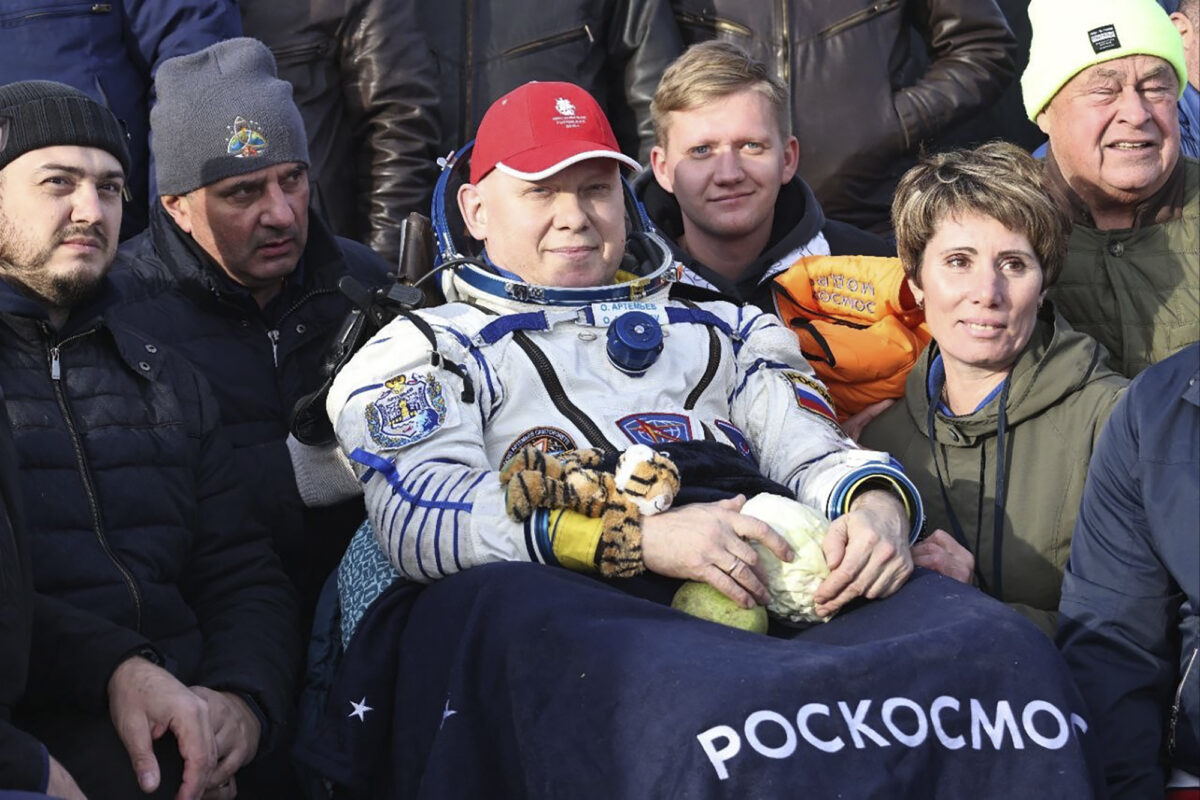 MOSCOW—Three Russian cosmonauts returned safely Thursday from a mission to the International Space Station. The…

by The Associated Press

The Soyuz MS-21 spacecraft carrying Oleg Artemyev, Denis Matveyev, and Sergey Korsakov touched down softly at 4:57 p.m. at a designated site in the steppes of Kazakhstan, 150 kilometers (90 miles) southeast of the city of Zhezkazgan.

The trio had arrived at the space station in March. For Artemyev, the mission marked a third space flight, bringing his total time spent in orbit to 561 days. Matveyev and Korsakov each logged 195 days on their first missions…