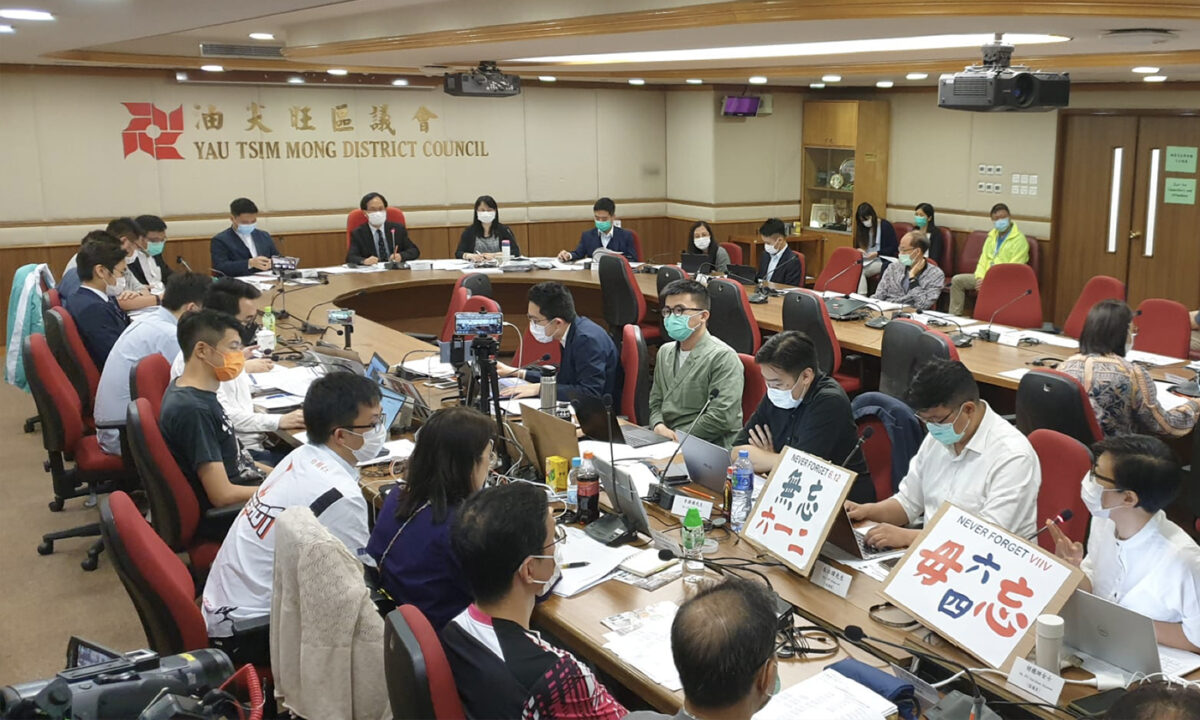 In 2019, democracy took over Hong Kong District Council Election when Hong Kong democratic figures celebrated a landslide electoral win. Their victory was short-lived, however, after waves of disqualification and resignation.

Under the National Security Law, most pan-dem legislators have been thrown to jail, exiled, or migrated to the west permanently, resulting in about 70 percent of vacant seats in the district council.

The current term of the District Council expires on Dec. 31, 2023. Pro-CCP party DAB, Democratic Alliance for the Betterment and Progress of Hong Kong, recently proposed a significant reduction in the elected seats in the District Council and an increase in the number of indirectly elected or appointed chairs…