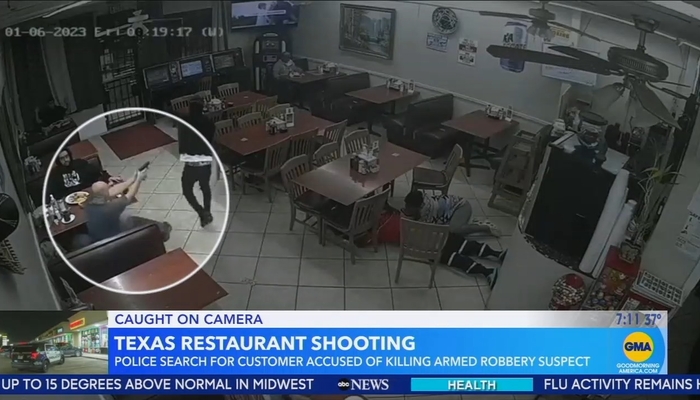 Seemingly on the side of criminals, ABC’s Good Morning Amer

Seemingly on the side of criminals, ABC’s Good Morning America was appalled on Monday after they learned that an armed good Samaritan in Houston, Texas shot and killed an armed robber who was holding up an entire restaurant. They portrayed the hero as ducking police and the source of the fear in the restaurant that night. All of this was part of their anti-gun narrative that bars even defensive uses of firearms.

“Now to the shooting caught on camera inside a Texas restaurant. Police are searching for a man who they say opened fire, killing a robbery suspect holding customers at gunpoint,” GMA anchor Michael Strahan announced.

The correspondent to deliver the report was John Quiñones, who’s infamous for setting up hoax racist encounters to push the false narrative that America is an inherently racist country.