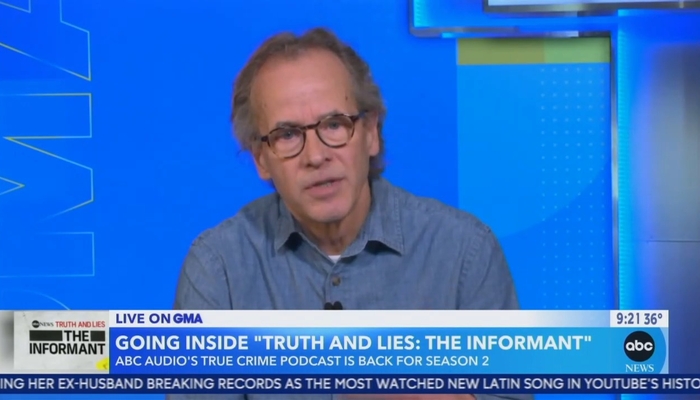 Author and host of the ABC true crime podcast Truth and Lies: The Informant, Dick…

Author and host of the ABC true crime podcast Truth and Lies: The Informant, Dick Lehr joined Good Morning America on Saturday to discuss the case behind the podcast, a foiled bombing of Somali immigrants in Garden City, Kansas, in 2016. Not content to tell a compelling and true story of undercover law enforcement thwarting terrorist attacks, Lehr found a way to tie Donald Trump to the plot.

Host Whit Johnson asked Lehr, who is also a journalism professor, to “tell us about this Kansas community and how it became a home for hate and a violent plot that, as we pointed out earlier, officials say could have surpassed the death toll of the Oklahoma City bombing if it had been successful.”

Lehr’s response was innocent enough, explaining how immigrants from Mexico to Vietnam to Somalia have found their way to Garden City because of available work at the nearby meatpacking plants.

Johnson then got to the plot itself, “And what more have you learned about the KSF militia and its plans?”…