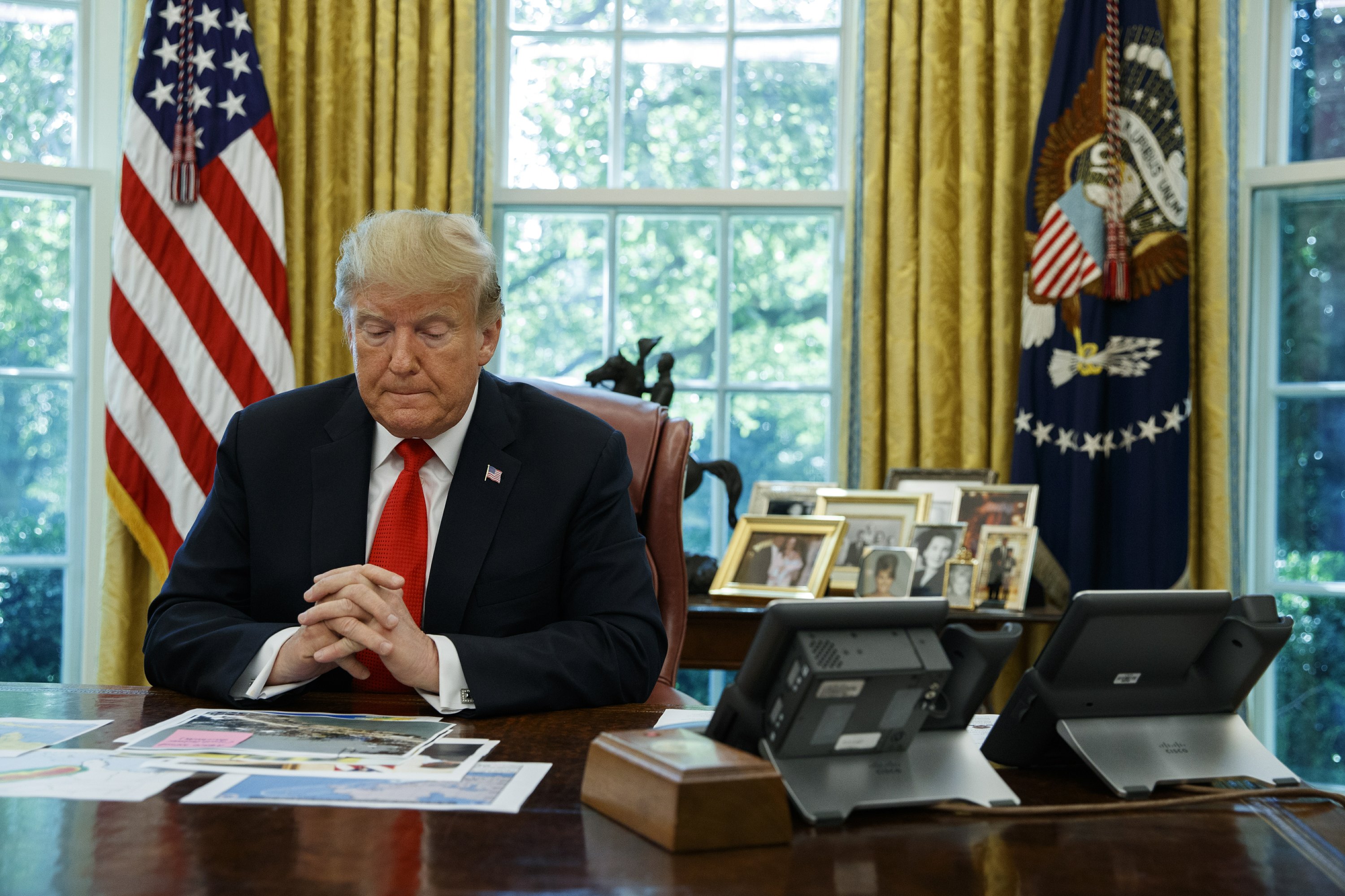 WASHINGTON (AP) — A federal agency has reversed course on the question of whether President Donald Trump tweeted stale information about Hurricane Dorian potentially hitting Alabama, upsetting meteorologists around the country.

On Sunday, Trump had warned that Alabama, along with the Carolinas and Georgia, was “most likely to be hit (much) harder than anticipated.”

The National Weather Service in Birmingham, Alabama, tweeted later: “Alabama will NOT see any impacts from #Dorian. We repeat, no impacts from Hurricane #Dorian will be felt across Alabama. The system will remain too far east.”

But the president has been adamant throughout the week that he was correct, and the White House has deployed government resources and staff to back him.

The latest defense came out Friday evening, when the National Oceanic and Atmospheric Administration issued a statement from an unidentified spokesman stating that information provided by NOAA and the National Hurricane Center to the president had demonstrated that “tropical-storm-force winds from Hurricane Dorian could impact Alabama.” The advisories were dated from last Wednesday, Aug. 28, through Monday, the statement read.

The statement also said the Birmingham NWS tweet Sunday morning “spoke in absolute terms that were inconsistent with probabilities from the best forecast products available at the time.”

The statement from NOAA contrasts with comments the agency’s spokesman, Chris Vaccaro, made Sunday. “The current forecast path of Dorian does not include Alabama,” Vaccaro said at the time.

Friday’s NOAA statement, released just before 5 p.m., points to a few graphics issued by the National Hurricane Center to support Trump’s claims. The maps show percentage possibility of tropical storm force winds in the United States. Parts of Alabama were covered, usually with 5% to 10% chances, between Aug. 27 and Sept. 3. Maps on Aug. 30 grew to cover far more of Alabama, but for only 12 hours, and the highest percentage hit 20% to 30% before quickly shrinking back down.

Published in Hurricanes, US News and Weather