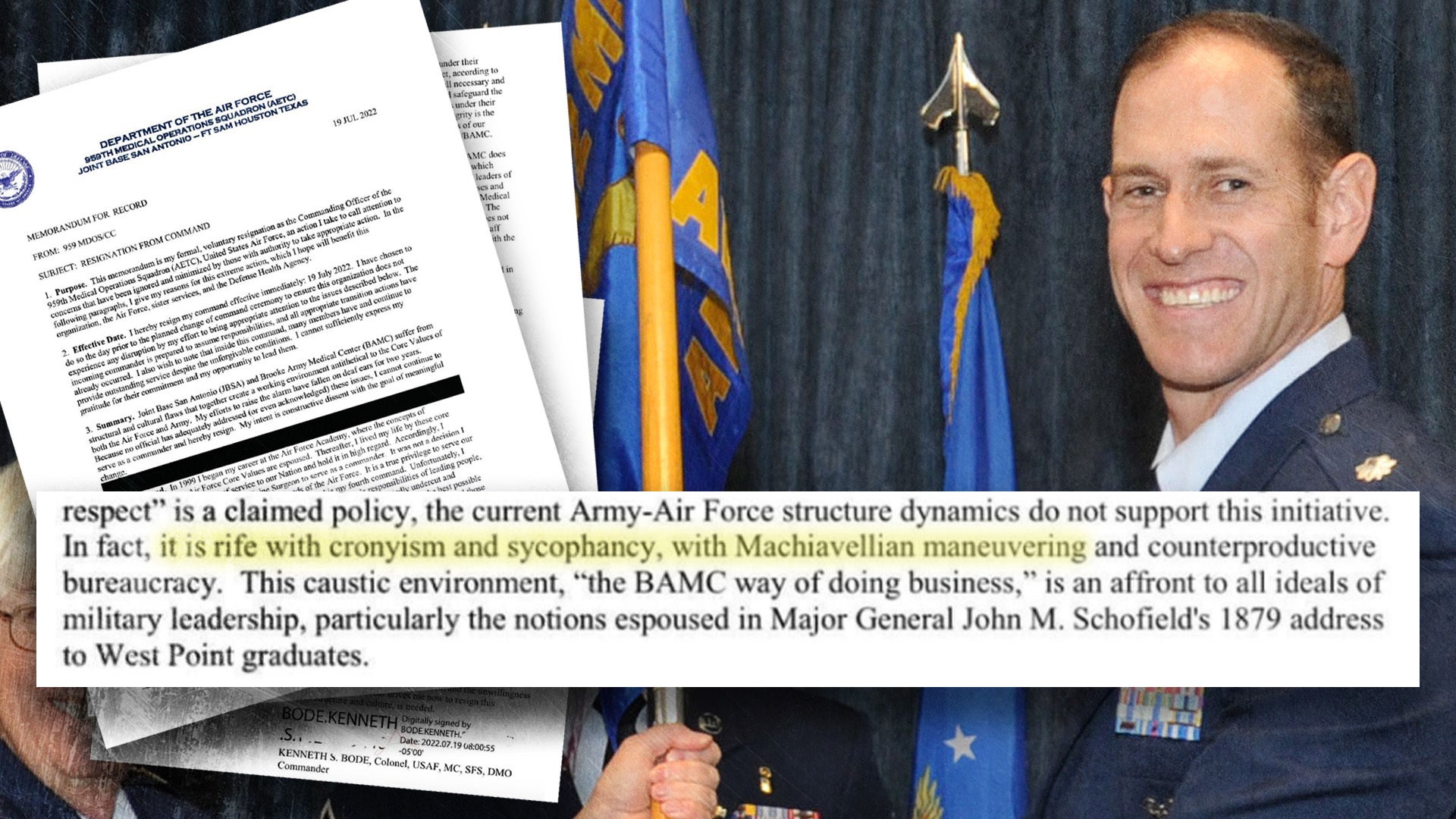 Allow this colonel to be blunt.

Air Force Col. Kenneth Bode was, until very recently, the commander of the 959th Medical Operations Squadron, which falls under the 59th Medical Wing, based out of the San Antonio Military Medical Center at Joint-Base San Antonio-Fort Sam Houston, Texas. On July 19, 2022, though, Bode resigned his command a day before his scheduled departure, and spared no one in a memo detailing what he called a command that is “rife with cronyism and sycophancy.”

“Joint Base San Antonio (JBSA) and Brooke Army Medical Center (BAMC) suffer from structural and cultural flaws that together create a working environment antithetical to the Core Values of both the Air Force and the Army,” reads Bode’s resignation letter, which the 59th Medical Wing confirmed was authentic. “My efforts to raise the alarm have fallen on deaf ears for two years. Because no official has adequately addressed (or even acknowledged) these issues, I cannot continue to serve as a commander and hereby resign.”

At least according to Bode’s memo, the problems within this command are nothing new.

“Following my formal complaints to the 59th MDW/CC about widespread harassment, defamation, inappropriate behavior, and toxic leadership, a commander-directed investigation (CDI) was conducted that examined interference with command authority, failure to maintain a healthy command climate, abuse of authority, and disrespectful/libel comments,” reads the memo. “The investigating officer (IO) made findings substantiating five specific concerns among the nine I had raised.”