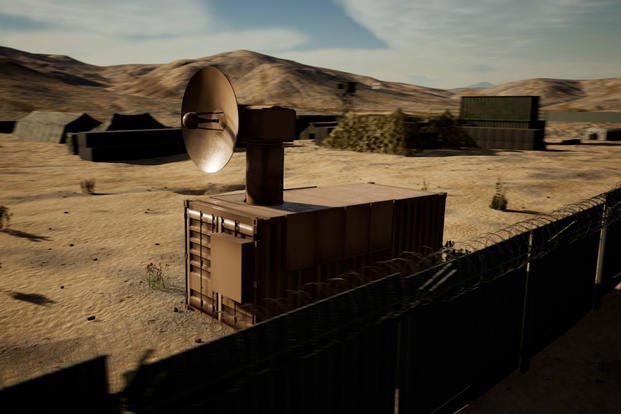 In a frightening video scenario, dozens of enemy drones descend on an unnamed military base, taking out critical infrastructure such as runways, equipment and buildings housing U.S. troops with kamikaze-style attacks. The U.S. Air Force plans to thwart such a potential threat with its new counter-drone Tactical High-power Operational Responder.

The service published a video this month showing how its THOR directed-energy system uses powerful microwaves to take out incoming drones at long range by disrupting their electronics.

“A target is identified, the silent weapon discharges in less than a second, and the impact is instantaneous,” according to the video narration.

Read Next: The Air Force Knew It Had an Ejection Seat Problem, But Didn’t Speed Up a Fix. Then a Pilot Died

Unlike a laser, which can disable only one drone at a time, THOR has been engineered to kill them in groups or swarms, according to a release accompanying the video. The Air Force Research Lab, which is spearheading the project, has already used THOR in a real-world test that took out hundreds of drones, the service said.

The system, which looks like a standard Conex box with a satellite dish strapped to it, is housed at Kirtland Air Force Base, New Mexico. The 20-foot container can be transported anywhere via a C-130 Hercules.

Two personnel can set the system up in under three hours, the service said, adding that it is less expensive to use than a surface-to-air weapon.

In February, the Army announced that it will partner with the Air Force on THOR; during its development phase, the system was referred to as the Tactical High-power Microwave Operational Responder.

Defense against small drones has become a growing priority for the Pentagon in recent years, especially as they are easy to obtain.

Some bases have already invested in defenses against small unmanned aircraft. And for the past several years, combat units overseas have been equipped with drone-disabling systems such as Dedrone’s DroneDefender, a shoulder-fired weapon that disables them with radio waves.

The initiatives are part of the military’s efforts to better safeguard bases against small drones designed to disrupt operations or spy on aircraft.