Alec Baldwin Back to His Hostile Self 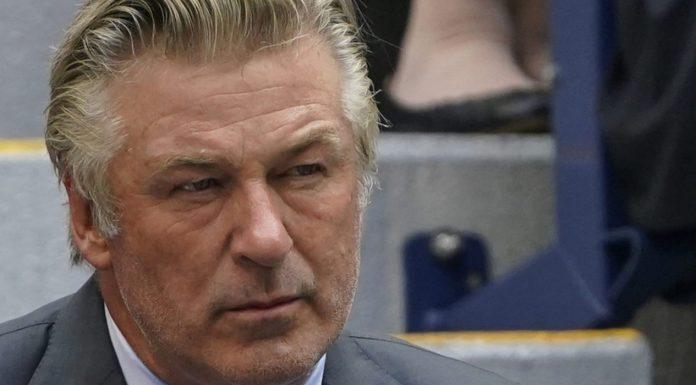 ‘Baldwin also appeared annoyed with his wife, Hilaria, who at one point stood in front of Baldwin in an apparent attempt to get him to stop talking about the incident…’

Actor Alec Baldwin emerged from his hiatus after the shooting death of director Halyna Hutchins on the set of Baldwin’s film “Rust” appearing defensive, bitter and hostile as he avoided talking with reporters about how he accidentally shot the director.

Baldwin began by asking reporters what they wanted to know, and subsequently responded to a question about the shooting by claiming that he’s been ordered by the sheriff’s department in Santa Fe, New Mexico, to not discuss the shooting.

“I’m not allowed to make any comments because it’s on ongoing investigation,” said Baldwin at the outset and who then went on to make comments defending himself.

Do you believe Baldwin?

And what’s with his wife?? pic.twitter.com/98jlRkoNss

Baldwin fled New Mexico for Manchester, Vermont, with his family where he had been incommunicado until now.

“The actor addressed a swarm of [paparazzi] Saturday who were hounding him in Manchester, VT, where he and his family have been laying low since the fatal incident,” said the celebrity gossip site TMZ which distributed Baldwin’s comments via video.

“She was my friend,” a defensive Baldwin said of Hutchins according to the NPR. Hutchins was killed when Baldwin fired a gun on the set that he said he thought had no bullets in it.

“We were a very, very well-oiled crew shooting a film together and then this horrible event happened,” Baldwin continued, apparently advancing the claim he has no liability in the accident.

“Baldwin called the shooting incident a ‘one-in-a-trillion event’ and said he had met with Hutchins’ husband,” said NPR.

Baldwin also appeared annoyed with his wife, Hilaria, who at one point stood in front of Baldwin in an apparent attempt to get him to stop talking about the incident.

“While he was addressing the press, Hilaria appeared to want to say something to Alec, prompting an annoyed Alec to tell her, ‘Excuse me,’” said News18.com.

The set of “Rust” has been the scene of two additional accidental discharges of weapons previous to the fatal accident that killed Hutchins, reported Fox News.

“Alec Baldwin’s stunt double reportedly accidentally fired a blank round after being told the gun was ‘cold,’ a term used to denote that there is no projectile in the weapon. Another incident reportedly involved a young woman from the props department shooting herself in the foot,” reported Fox News.

Baldwin, in addition to running as male lead, also is a producer on the film according to the site Deadline.

Published in Crime, Entertainment News, Law and US News