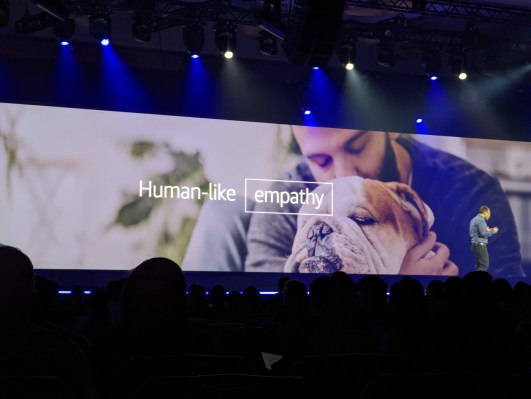 At its annual re:Mars conference today in Las Vegas, Amazon’s Senior Vice President and Head Scientist for Alexa, Rohit Prasad, announced a spate of new and upcoming features for the company’s smart assistant. The most head turning of the bunch was a potential new feature that can synthesize short audio clips into longer speech.

In the scenario presented at the event, the voice of a deceased loved one (a grandmother, in this case), is used to read a grandson a bedtime story. Prasad notes that, using the new technology, the company is able to accomplish some very impressive audio output using just one minute of speech.

“This required inventions where we had to learn to produce a high-quality voice with less than a minute of recording versus hours of recording in the studio,” the executive notes. “The way we made it happen is by framing the problem as a voice conversion task and not a speech generation path. We are unquestionably living in the golden era of AI, where our dreams and science fictions are becoming a reality.”…

Published in Entertainment News, Technology, US News and World News