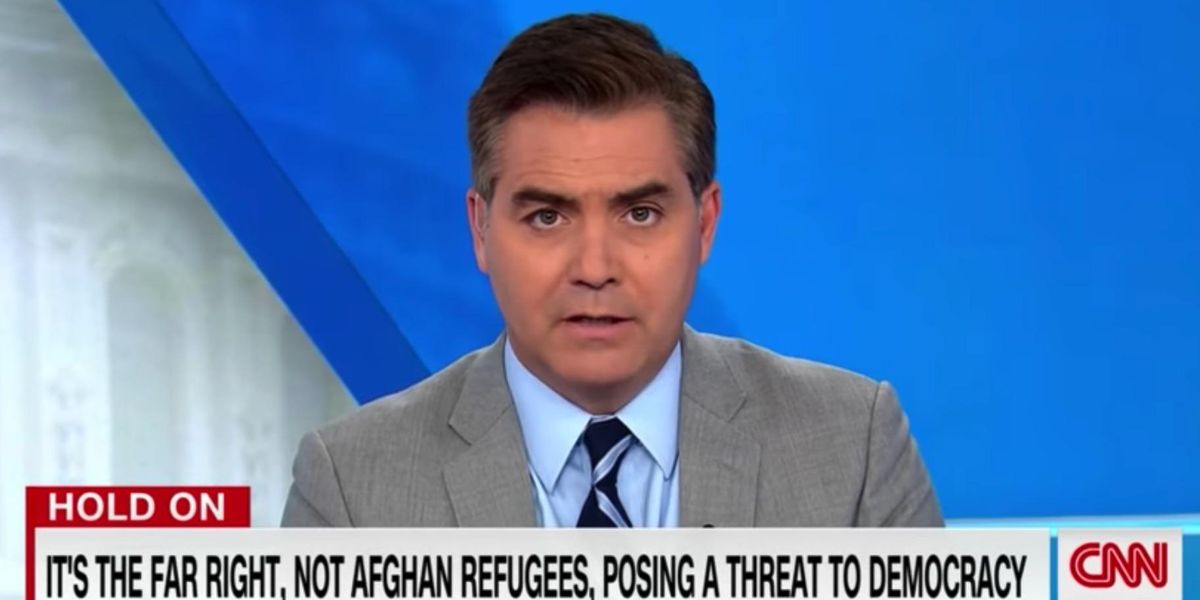 At the center of his criticism, Acosta blasted Republicans and Carlson for expressing concern about the influx of Afghan refugees into the U.S. Carlson, for example, has said “They’re not all heroes. We don’t know who they are,” while Rep. Louie Gohmert (R-Texas), for example, has raised alarm about the refugee vetting process.

“Over on Fox, human manure spreader Tucker Carlson has floated yet another race-baiting conspiracy theory that tens of thousands of Afghan refugees are being welcomed into this country in order to change the outcome of future elections,” Acosta said.

While delivering his anti-GOP monologue, CNN blared a chyron at the bottom of the screen that read, “It’s the far-right, not Afghan refugees, posing a threat to democracy.”

The duration of Acosta’s monologue recycled tired anti-Republican insults, such as calling the Jan. 6 riots at the U.S. Capitol an “insurrection” and alleging the Texas law banning abortion after the detection of a fetal heartbeat sends a “Handmaid’s Tale vibe.”

That’s when Acosta likened some Republicans to an “American Taliban.”

“Some members of the far-right in this country have apparently decided they will resort to intimidation, and in some cases, even violence to get what they want. And they could sweep in power faster than the experts thought possible. Sound familiar? Sort of like an American Taliban,” Acosta said.

“It is starting to look like a combination of theocracy and thugocracy. The leaders of this ‘Magaban’ movement — people like Marjorie [Taylor Greene], Madison [Cawthorn], and Tucker — they’re not counting on an intelligence failure or a lack of planning on your part; they’re counting on a lack of courage to stand up for your rights in this country,” he continued.

“The anti-immigration, anti-democratic, anti-women’s rights forces have all sought these kinds of changes for years, even decades in this country. Their operation to change America forever is well underway. It’s just changing in a way that they don’t want you to see,” Acosta added.

Security concerns about some Afghan refugees is not without cause.

In fact, NBC News reported, “Of more than 30,000 evacuees from Afghanistan to the U.S., about 10,000 needed additional screening as of Friday, said the sources, and of those about 100 were flagged for possible ties to the Taliban or terror groups. Two of those 100 raised enough concern for additional review.”

Published in Corruption in the Media, Crime, Opinion, Political News, Terrorism, Traitors Among Us and US News