America’s Not Prepared For What’s Coming: The Fate Of Western Civilization Hinges On The Great Debate Raging In Washington DC, Virtually Unnoticed By The Nightly News And Most Americans

The fate of Western Civilization may hinge on the great debate now raging within Washington’s beltway, virtually unnoted on nightly news and unknown to most Americans, over whether to replace the nation’s 400 obsolete Minuteman III intercontinental ballistic missiles (ICBMs) with a new ICBM — or unilaterally eliminate all U.S. ICBMs.
My report “Surprise Attack: ICBMs and the Real Nuclear Threat” (October 31, 2020) warned: “A Biden Administration or future Democrat Congress is likely to unilaterally abolish U.S. ICBMs … to the grave detriment of U.S. national security.”
Nuclear Armageddon’s arithmetic is more real and easier to understand than the alleged existential threat from climate change. Subtract 400 credible ICBMs from the U.S. nuclear deterrent, and Russia, China, and even North Korea or Iran, could do a nuclear Pearl Harbor, by making a surprise attack on 3 U.S. strategic bomber bases and 2 ballistic missile submarine (SSBN) ports—just 5 targets altogether.
Deterring this scenario since 1970 is the Minuteman III ICBM, now 50 years old, originally designed to last 10 years, nearing end of its last possible life extension program. Minuteman still stands guard, ready to launch in minutes responding to a surprise attack — unlike U.S. nuclear bombers or ballistic missile submarines.
U.S. bombers are not maintained nuclear-armed or on strip-alert and so would be destroyed in a surprise attack.
Surprise attack on just two ports would destroy two-thirds of 14 U.S. SSBNs normally berthed, while the three-four SSBNs normally on patrol at sea would require hours to respond to an Emergency Action Message (EAM) ordering them to launch missiles. 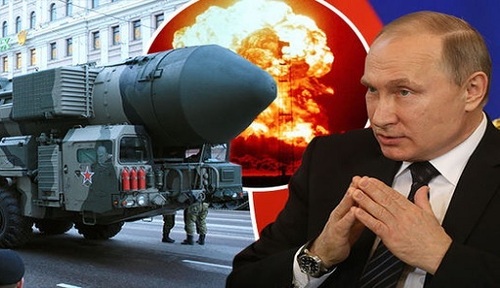 Hours can become forever in a nuclear war that kills the National Command Authority, uses electromagnetic pulse (EMP) to fry communications links for transmitting EAMs, and unleashes decades of enemy planning and secret weapons designed to destroy the small number of U.S. SSBNs hiding at sea.
The comfortable notion that U.S. missile submarines are “invulnerable” almost certainly underestimates the awesome power of nuclear weapons, and other adversary capabilities, to destroy and disrupt at least EAM communications links that make SSBNs a viable deterrent. Is it really possible for a nation to absorb a nuclear surprise attack, and then respond via SSBNs?
The question is yet unanswered. But we may well soon find out if U.S. ICBMs are junked, while Russia, China and North Korea continue their one-sided nuclear arms race building new ICBMs.
If surprise attack is the most likely nuclear threat, then the most important part of the U.S. nuclear deterrent, the only part that may matter in deterring or responding to surprise attack, are the ICBMs and their 400 ever-ready warheads.
Anti-ICBM politicians and activists see the greatest virtue of ICBMs — their capability for over 95% to be on high-alert, every day, for years, serving as sentinels against surprise attack — as the very reason to abolish ICBMs, that they falsely allege are on a “hair trigger” for accidental nuclear war.
Yet no ICBM has ever been fired accidentally. In addition to numerous redundant safeguards preventing accidental launch, U.S. ICBMs are “detargeted” — aimed at broad ocean areas — but can be quickly retargeted against adversaries when needed.
The U.S. has even “de-MIRVed” its ICBMs so each carries only one warhead, not multiple warheads like those of Russia, China, and soon probably North Korea, that are optimized for striking first to disarm the U.S. nuclear deterrent by surprise attack.
For example, Russia’s SS-18 and China’s DF-41 ICBMs carry 10 MIRVed warheads, so just 50 of these missiles could deliver 500 warheads in 30 minutes to attack all U.S. ICBM silos, bomber bases, submarine ports, and other military targets. Russia’s new Satan II ICBM can carry up to 40 warheads.
Unlike U.S. ICBMs, the ICBMs of Russia, China, and North Korea are on a “hair trigger” and do pose a threat of accidental nuclear war because of profound differences between the U.S. and these totalitarian states in strategic posture and strategic culture. U.S. ICBMs are the most important factor deterring these malevolent actors from surprise attack.

Ominously, technological trends in nuclear weapons development such as Super-EMP, hypersonic, super-accuracy, and ultra-low-yield promise adversaries quick, very low-casualty, environmentally-clean, surgical victory in a nuclear war. The “unthinkable” is becoming increasingly “thinkable” and someday soon may be irresistible.
If the Democrat-Republican strategic consensus that won the Cold War still existed, we would and should:
• Harden the Triad and strategic command and control against Super-EMP weapons;
• Resume nuclear testing to develop new generation specialized, clean, ultra-low-yield nuclear weapons;
•Protect ICBM silos, bomber and submarine bases against hypersonic warheads with anti-missile defenses;

But none of this is happening.
Instead, anti-nuclear radicals, who would have lost the Cold War, are moving the White House and congressional Democrats toward junking U.S. ICBMs. Beware a forever “life extension program” of Minuteman III, which will amount to “junking” U.S. ICBMs in their silos.
Replacing Minuteman III with a new ICBM is commonsense — but “controversial” in Washington.

The New Cold War is already on the verge of being lost.

Published in Biden, Crime, Military and US News