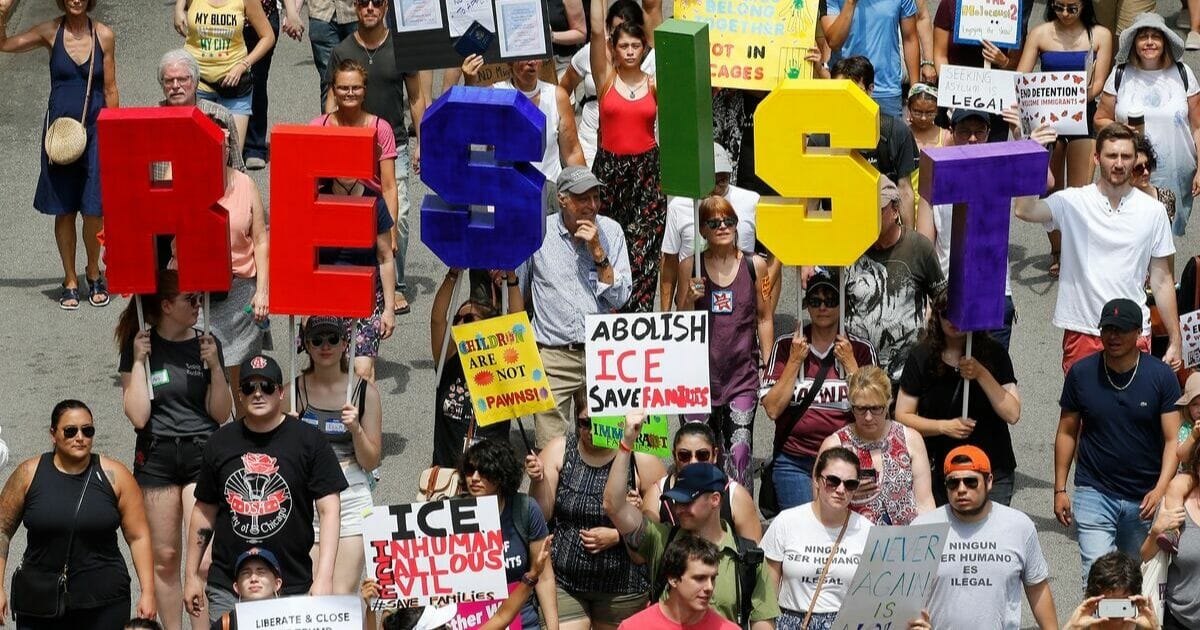 Opposition to Immigration and Customs Enforcement took a personal turn for Johnny Choate, the GEO Group warden for an ICE processing center in Aurora, Colorado. Liberal activists associated with Denver Communists, Abolish ICE and Antifa demonstrated in front of his house Thursday night.

There were an estimated 120-150 protesters who descended upon Choate’s neighborhood.

Their demonstration also drew around 50 counter-protesters who gave voiced support for Choate. Aurora police arrived to maintain security and usher the protesters away from the area.

Three individuals were ultimately arrested, according to a statement from the Aurora Police Department.