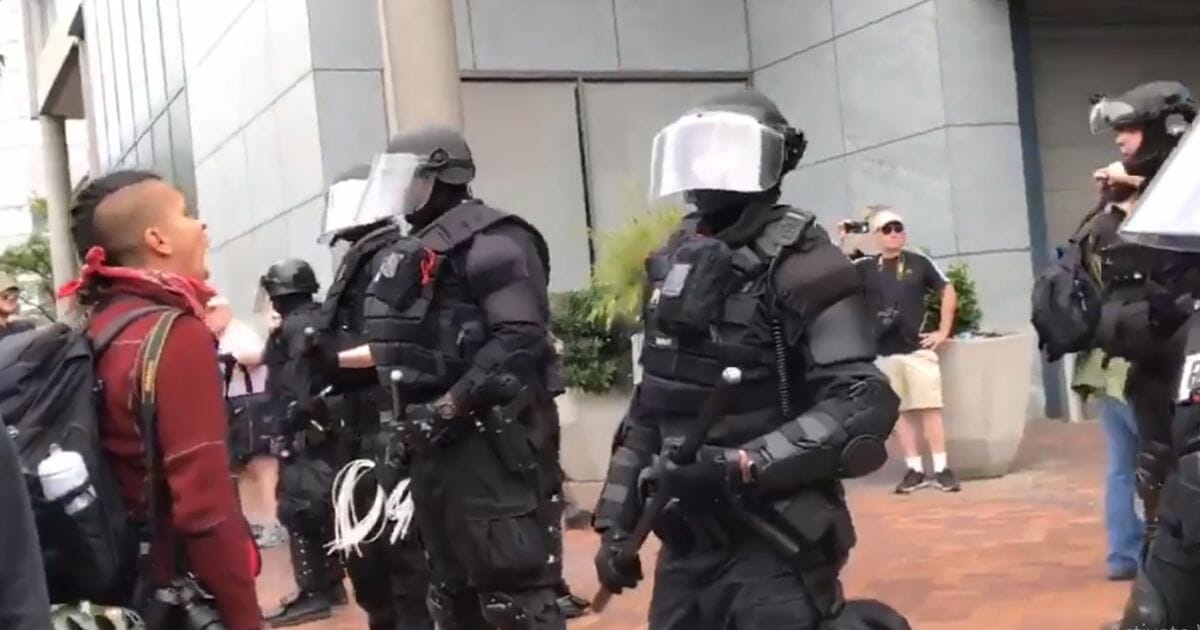 In the midst of a heated Portland, Oregon, rally, police allegedly abandoned a small conservative group to the clutches of antifa punks.

The scene, captured by journalist Andy Ngo, first shows Portland police in riot gear separating a conservative group from the black-clad leftist mob. The group was separated from the main crowd, according to Ngo.

Antifa mob follows and surrounds small group of conservatives who got separated. Police stand and try to keep a barrier. #PortlandProtests pic.twitter.com/0UGVdRWh6k