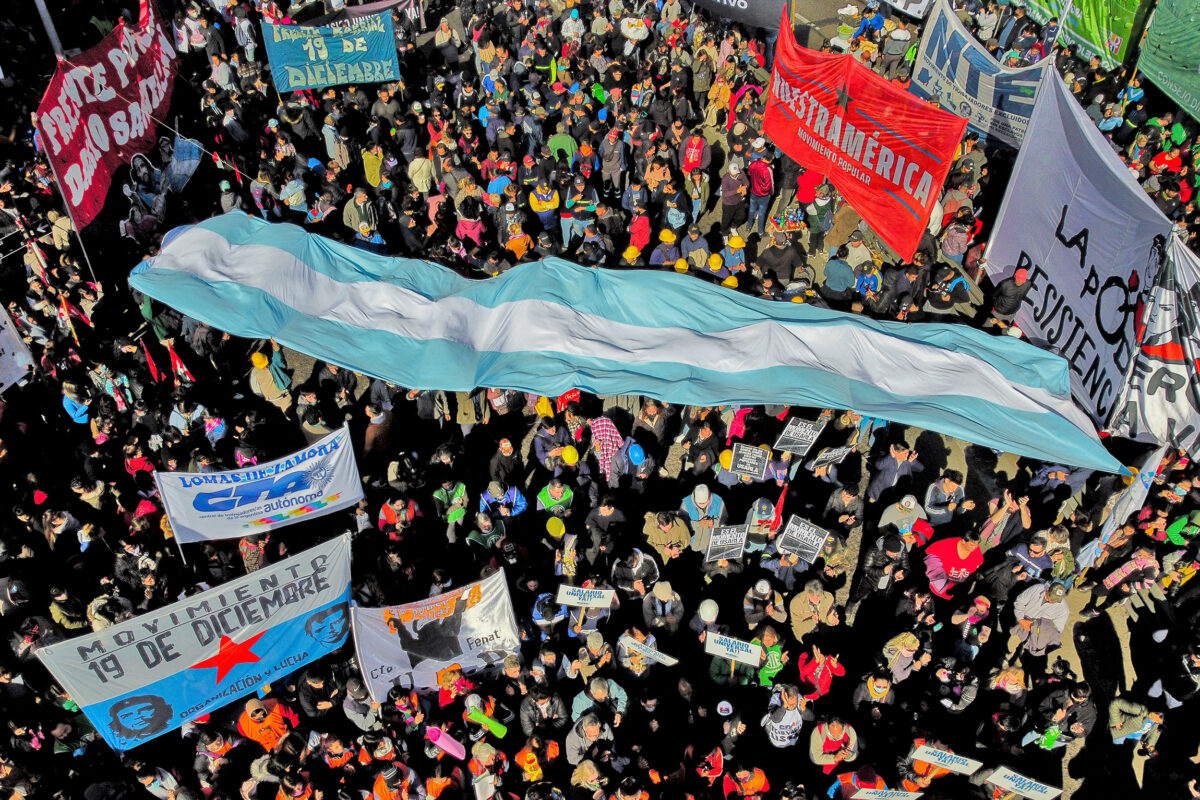 Protests have erupted in Buenos Aires, Argentina, over the past 90 days and continue to…

Only 43 percent of adults have a job, as inflation soars above 60 percent

Protests have erupted in Buenos Aires over the past 90 days and continue to build inside the capital as residents battle with their center-left government over sizeable amendments to social programs.

Cuts to subsidies in the energy sector based on household income already began in June.

Other subsidies, including the country’s notorious welfare program, are also on the chopping block, triggering thousands of angry residents to take to the streets.

State-sponsored aid for civilians has soared in the past 20 years, leaving 22 million Argentinians dependent on some form of government assistance.

In the first quarter of 2022, the national employment rate was 43 percent, according to government figures.