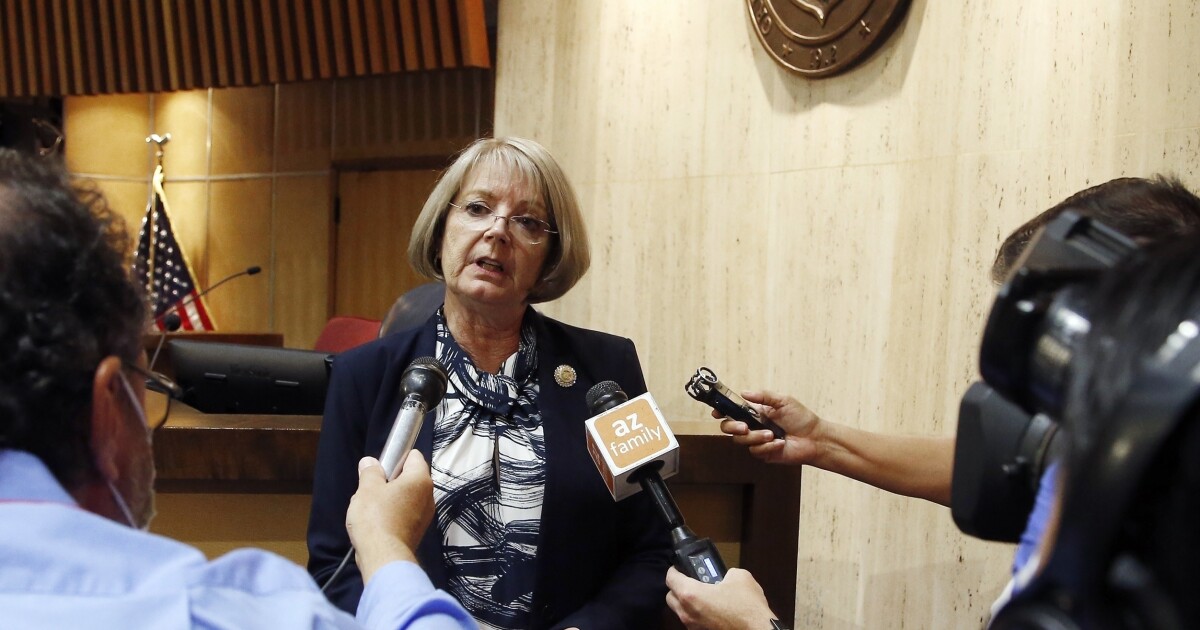 After months of work, the Arizona State Senate announced it will release the report on…

After months of work, the Arizona State Senate announced it will release the report on its long-awaited Maricopa County 2020 election review next week.

A representative with the state Senate confirmed to the Washington Examiner that the review of the 2020 election, which included a recount of roughly 2.1 million ballots cast in the county and a forensic inspection of voting machines used in the general election, would be released on Sept. 24.

Up to three volumes of findings will be presented at 1 p.m. local time during a public hearing on the Senate floor, a chamber spokesperson said .

Supporters described the audit, commissioned by Republican Senate President Karen Fann, as an extensive effort to restore confidence in elections, while critics rebuked it as a continuation of former President Donald Trump’s election fraud claims.

The announcement was first made during a Maricopa County Superior Court hearing when an attorney representing the state Senate told the judge that the legislating body plans to release the report before the end of the month.

The hearing was held over a public records lawsuit filed by American Oversight , which seeks records related to the audit examined by contractors, such as Cyber Ninjas , the Florida-based firm hired by Fann to lead the audit process. That lawsuit materialized in late April.

The judge also asked for that report to include an update on Cyber Ninjas’ planned timeframe for collecting documents from its own subvendors — as there are multiple companies involved in carrying out Arizona’s “audit.”

The Arizona Senate argued those documents were not public record, though multiple courts have ruled in favor of the plaintiffs.

On Friday, the Maricopa County Board of Supervisors is slated to respond to a Senate subpoena seeking information on routers belonging to the county, according to an agenda item on the county’s webpage. The Senate’s request was repeatedly denied earlier this year by county officials warning the provision of routers to auditors could jeopardize the security of law enforcement data.

Arizona Attorney General Mark Brnovich has said the county is violating state law by not complying with the Senate’s request, threatening county officials to give up the materials or lose its state funding of nearly $700 million , or 42% of the county’s budget. The attorney general’s investigation into the county began in early August.

If the board of supervisors denies to comply with the subpoena, the county could take the matter all the way to the state Supreme Court.

CyFIR founder Ben Cotton, who is part of the audit team, has said it is “critically important” to obtain routers owned by the county, insisting they would help clarify specific vulnerabilities he claimed existed in Maricopa’s digital election system. Cotton also said the county hasn’t updated the antivirus software on the election management system since “August of 2019.”

President Joe Biden beat Trump in Arizona by more than 10,000 votes in 2020. Biden edged Trump by 45,000 votes in Maricopa County, where the former president and other Republicans in the state have alleged fraud despite denials from election officials.

The audit has been subject to intense criticism by county officials, including Arizona Secretary of State Katie Hobbs , who called the audit a “political stunt  ” meant to cast doubt on election integrity. Although Trump  and his allies have championed the audit as a means to prove his allegations of widespread fraud, Fann insisted  the audit is meant to “restore trust in the system and influence potential changes to the law.”

Published in Election 2020, Election Fixing and US News