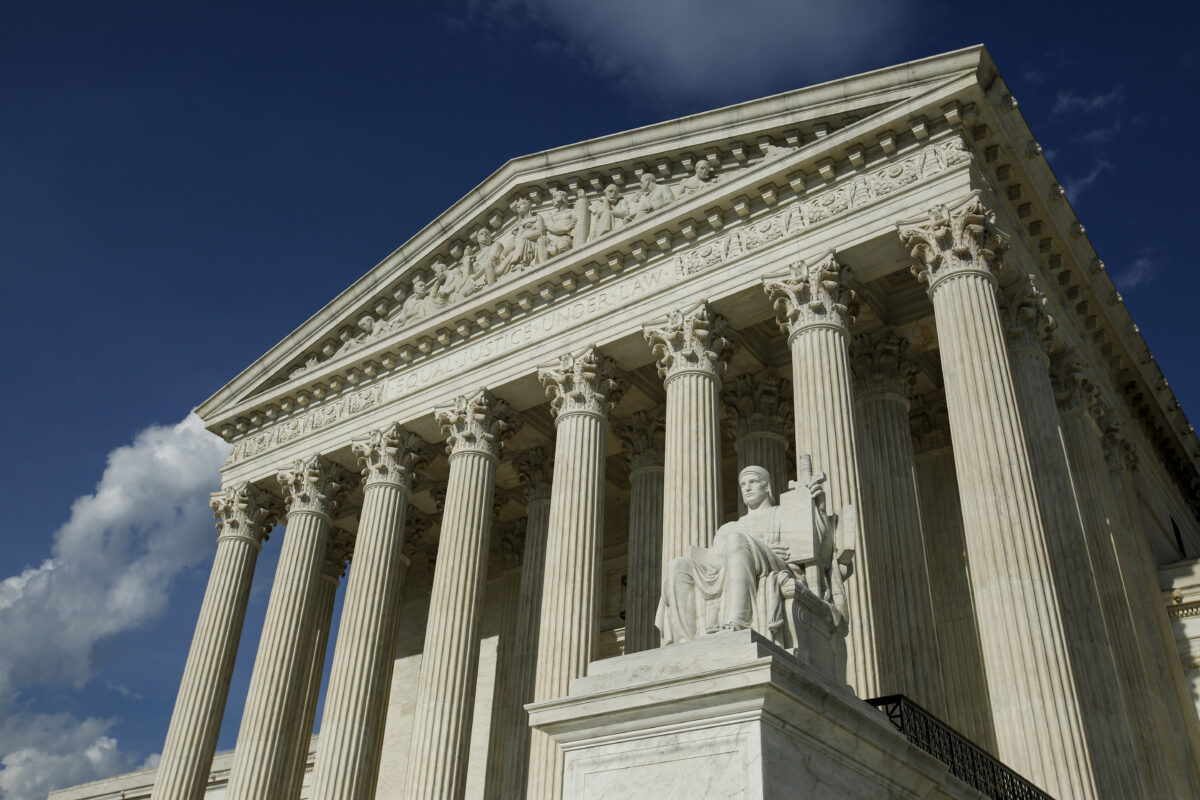 In an exclusive interview with The Epoch Times, Mark Brnovich, attorney general of Arizona, who argued the case, said the court “recognized when it comes to time, place and manner, the states have a lot of authority.”

“We as public servants have no more sacred duty than protecting the people’s right to vote, but we have to maintain confidence in the integrity of the results,” the Republican officeholder said.

The July 1 decision was a victory for the former Trump administration, which argued in a friend-of-the-court brief the month before it left office that the rules were legally sound.

President Joe Biden promptly denounced the Supreme Court ruling after it was issued, saying it “undercuts the Voting Rights Act, and upholds what Justice [Elena] Kagan called ‘a significant race-based disparity in voting opportunities’” in her dissenting opinion.

The ruling comes one day after Pennsylvania Gov. Tom Wolf, a Democrat, vetoed a Republican-backed election overhaul bill and one week after the Biden DOJ sued Georgia over the state’s new GOP-supported electoral integrity law, claiming that it amounts to so-called voter suppression.

“The Court obliterated the idea that there must be demonstrable voter fraud to enact a law to deter and prevent it,” Adams, president of the Public Interest Legal Foundation said in a statement. “This is a big blow to the vote fraud deniers who have turned to the courts to make our elections less secure.”

Court’s OpinionThe Supreme Court concluded that Arizona’s policy disallowing ballots cast in the wrong precinct and the ballot-collection ban in the law known as HB 2023 do not violate Section 2 of the Voting Rights Act (VRA) of 1965. The court also found HB 2023 was not enacted with a racially discriminatory purpose. Most states require voters to vote in their own precincts, and around 20 states limit ballot collection by third parties.

Section 2 forbids voting practices that result “in a denial or abridgment of the right … to vote on account of race or color [or language-minority status],” and provides that such a result “is established” if a jurisdiction’s “political processes … are not equally open” to members of such a group.

“All voters may vote by mail or in person for nearly a month before election day, but Arizona imposes two restrictions that are claimed to be unlawful.

“First, in some counties, voters who choose to cast a ballot in person on election day must vote in their own precincts or else their ballots will not be counted. Second, mail-in ballots cannot be collected by anyone other than an election official, a mail carrier, or a voter’s family member, household member, or caregiver.”

When the case came before U.S. District Judge Douglas Rayes, an Obama appointee, he upheld Arizona’s rules. When the other side appealed, a panel of the 9th Circuit Court of Appeals upheld the lower court, but when the other side appealed again, all the judges of that circuit sat “en banc,” and the divided full appeals court reversed, finding the state’s voting rules unlawful.

Judge William Fletcher, a Clinton appointee, wrote the opinion for the en banc appeals court, finding that “Arizona’s policy of wholly discarding … out-of-precinct ballots, and … criminalization of the collection of another person’s ballot, have a discriminatory impact on American Indian, Hispanic, and African American voters in Arizona, in violation of the ‘results test’ of Section 2 of the VRA.”

The ballot-collection ban “was enacted with discriminatory intent, in violation of the ‘intent test’ of Section 2 of the VRA and of the Fifteenth Amendment,” Fletcher wrote, adding that the Arizona rules are unfair because American Indian voters, other minorities, renters, and poor people are disadvantaged because they have difficulty receiving and sending mail.

The 9th Circuit stayed enforcement of its judgment pending appeal, allowing Arizona’s disputed laws to remain in place for the 2020 elections.

The en banc court “relied on the rules’ small disparate impacts on members of minority groups, as well as past discrimination dating back to the State’s territorial days.”

“We now hold that the en banc court misunderstood and misapplied [Section 2] and … exceeded its authority in rejecting the District Court’s factual finding on the issue of legislative intent,” Alito wrote.

In her dissent, Kagan wrote that the court’s majority is upholding “two election laws from Arizona that discriminate against minority voters.”

“What is tragic here is that the Court has (yet again) rewritten—in order to weaken—a statute that stands as a monument to America’s greatness, and protects against its basest impulses. What is tragic is that the Court has damaged a statute designed to bring about ‘the end of discrimination in voting,’” she wrote, quoting President Lyndon Johnson, who, she said, “sent the bill to Congress, ten days after John Lewis led marchers across the Edmund Pettus Bridge.”

He told The Epoch Times that “the dissent provides an important historical background that all Americans should remember, but she is wrong when she reaches the next-step conclusion.”

“If you accept the logic of the dissent, then almost any voting integrity measures enacted by any state would be unconstitutional or inconsistent with the Voting Rights Act. It would essentially nationalize all of our elections, which is exactly what the left is trying to do with S1 and HR1,” Brnovich said, referring to the two versions pending in Congress of the Democrats’ proposed “For the People Act.”

Republicans oppose the legislation, saying it’s an unconstitutional power grab that strips states of the power to run their own elections.

“So I think that Justice Kagan in that dissent is essentially doing the bidding of the far left that’s trying to undermine this system of checks and balances with our government” as well as states’ sovereignty, Brnovich said.

“There was a time not that long ago when even the Democrats recognized that limits on ballot harvesting help protect the integrity of the process.”

“And yet the left doesn’t sue those states or go after them. They go after red states like Arizona or Georgia,” he said.

“The far left doesn’t want to have discussions, they don’t want to have debates, what they want to do is define the terms and then demonize everyone who disagrees with them. And that, quite frankly, is the real danger in this country today.”

The Epoch Times reached out to the lawyers of the unsuccessful litigants.

July 1 was the last day of the Supreme Court’s term that began in October 2020. In a historic first, all oral arguments of the term were conducted telephonically because of the ongoing pandemic.

Although media speculation was rampant that the oldest member of the court, Justice Stephen Breyer, 82, would announce his retirement, no such announcement had been made as of press time.