Article describing “The Benefits of World Hunger” published by the UN goes viral, netizens confused whether it is real or satire 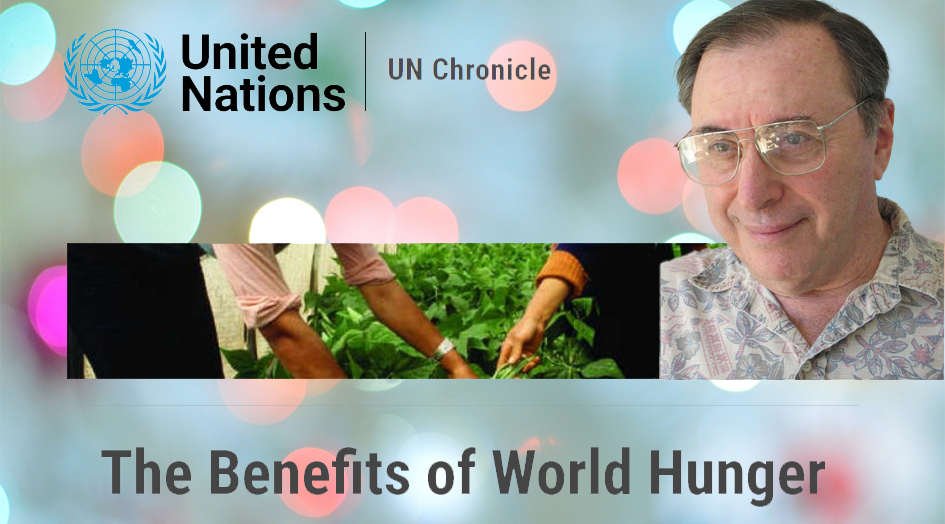 George Kent has written extensively on the issue of global hunger, therefore it is unlikely that he will write something positive about the issue, and hence it can be said that the article is satirical.

An article published by the United Nations hailing the benefits of hunger has gone viral on social media today, with netizens expressing shock over the claims made in the article titled “The Benefits of World Hunger”. Written by retired Hawaiian professor George Kent, the article explains how hunger is needed to get workers for low-level manual jobs. It was published on UN Chronicle, the flagship magazine of the UN.

The article argues that people work to fight hunger, and if there is no hunger, there will be nobody to do the manual jobs. Kenk shockingly says, “For those of us at the high end of the social ladder, ending hunger globally would be a disaster. If there were no hunger in the world, who would plow the fields? Who would harvest our vegetables? Who would work in the rendering plants? Who would clean our toilets? We would have to produce our own food and clean our own toilets.”

George Kent also claims that only hungry people work hard, while well-nourished people are far less willing to do such work. He termed the notion that people should be fed well to make them more productive ‘nosense’, saying that “No one works harder than hungry people.”

The article caused great outrage on social media across the world, with common netizens and well-known people slamming it for glorifying hunger for the benefits of the rich.

I THINK this is meant to be satirical??? — but not sure why UN would be getting into the parody business https://t.co/dAImGhQgBV pic.twitter.com/fcSITBVLFQ