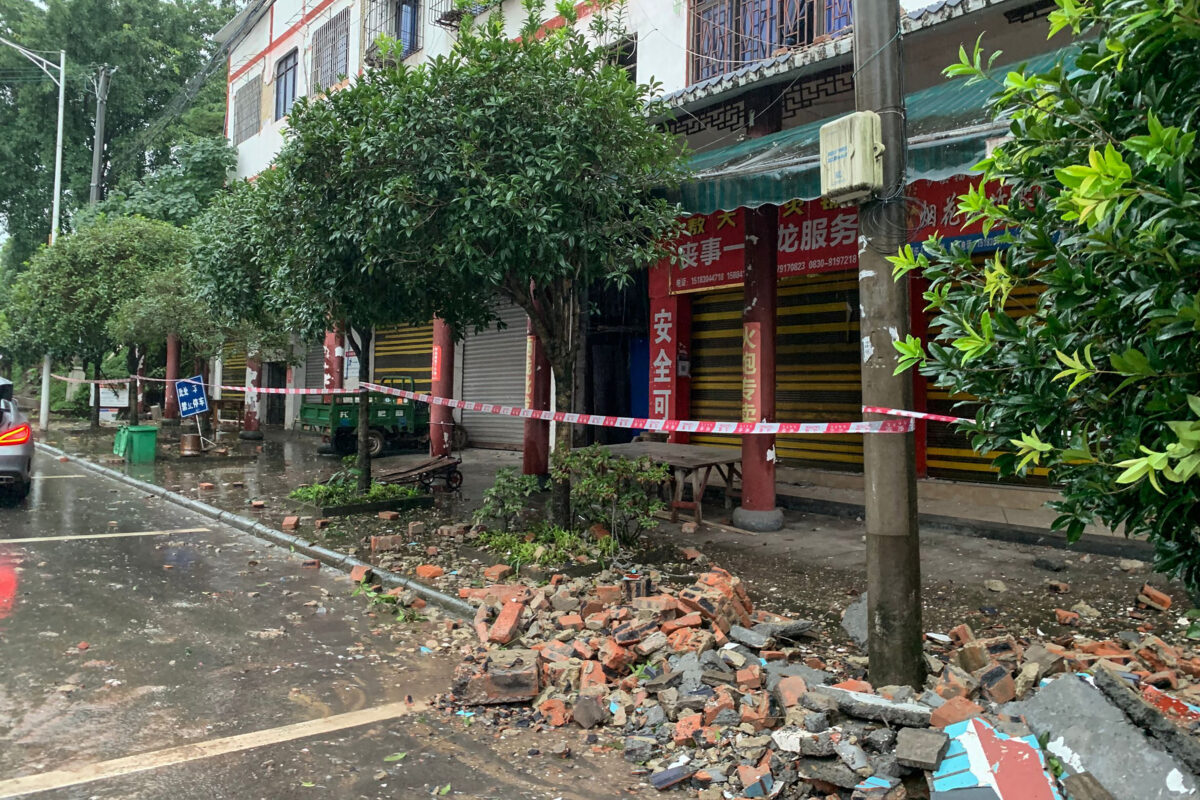 An earthquake—measuring a magnitude of 6.0—jolted southwestern China’s Sichuan Province early  Thursday morning, according to…

At least three people have been confirmed dead and three others seriously injured in Lu County, where the center of the quake struck, local authorities said.

In response to the quake, provincial authorities in Suchan have activated a level 2 response, the second-highest of China’s four-tier earthquake emergency response system.

The quake had a focal depth of 10 kilometers (6.2 miles), according to China’s Earthquake Networks Center. The epicenter was monitored at 29.2 degrees north latitude and 105.34 degrees east longitude.

An unnamed resident in Caoba, a village in Lu County, told China’s state-run media The Paper that his neighbor was one of the dead.

The neighbor, a man in his 60s, tried to run out from his two-story home after the earthquake struck, according to the resident. Before he reached outside, he fell after being hit by a falling wall. He died soon after.

The resident said many locals in his village have decided to stay outdoors for the time being despite the rain.

At around 10 a.m. local time, local authorities reported that thousands of locals had been removed from their homes. A local emergency shelter has taken in over 10,000 people.

In 2008, an 8.0-magnitude earthquake in Sichuan killed tens of thousands, many of them schoolchildren who died when their school buildings collapsed. The quake left a dent in the credibility of China’s government-backed Red Cross Society of China, which mismanaged donation funds designated for the survivors.

The Chinese Red Cross is not affiliated with the International Committee of the Red Cross.