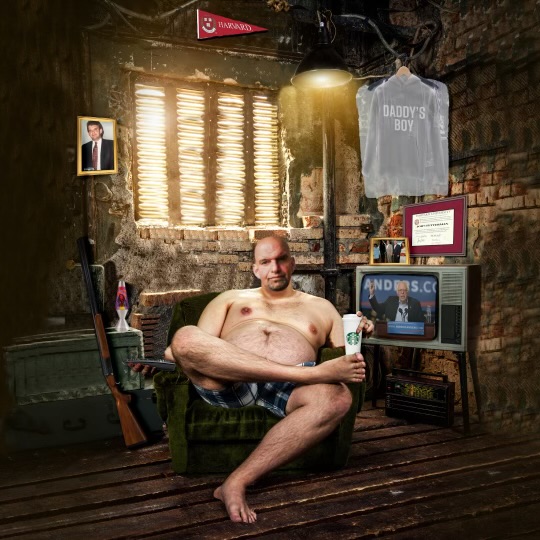 The Republican doctor’s campaign today launched a mock campaign website lampooning Lt. Gov. John Fetterman (D.), who hasn’t held a campaign event since being sidelined by a massive stroke in May. FraudsterFetterman.com shows “Big John” reclining shirtless in a dingy basement. A “View Upcoming Events” button jumps across the screen when hovered over. And in case the point isn’t clear, the site proclaims in bold: “John Fetterman hasn’t attended a public campaign event since May 12th.”

The site is the latest entry into a campaign that has been dominated by memes and Twitter attacks. But Brittany Yanick, Oz’s communications director, is quick to note that there’s a serious issue beneath the jokes.