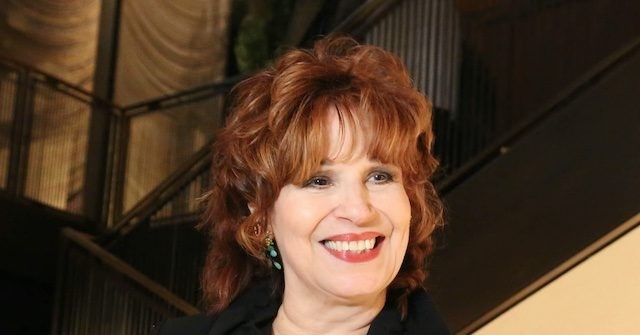 Joy Behar told her co-host Wednesday on ABC’s “The View” that it “is the irony of life” that supporter of former President Donald Trump who she called “these insurrectionists” decide “if they wave a flag and curse at Joe Biden that that makes them more American than me.”

In a video, Tuesday on MSNBC’s “Morning Joe,” New York Times columnist Mara Gay said, “I was on Long Island visiting a dear friend. I was disturbed. I saw dozens and dozens of pick-up trucks with, you know, expletives against Joe Biden on the back of them, Trump flags and some cases just dozens of American flags, which, you know, is also just disturbing. Essentially the message was clear. It was this is my country. It’s not your country. I own this.”

Whoopi Goldberg said, “All of us, to have our feelings and experience. joy, where are you falling in this discussion of this kind of flag-waving?”

Behar said, “You and I are old enough to remember that the flag has been used in many incarnations over the years. The great George Carlin said when fascism comes to America, it will be a Bible wrapped in a flag. Let’s not forget Trump wrapped himself in a flag. These are Trump Americans who are doing this. I resent it. The flag belongs to all of us. To follow a guy who mocks servicemen, who colludes with foreign governments, who abuses and disrespects the Constitution and then wave the flag in the name of that person, in the name of those anti-constitutional, un-American, un-democratic principles, that is the irony of life. By the way, I will be displaying the American flag in my house on July 4th because I am also a very patriotic person. I believe in the Constitution and nobody, least of all these insurrectionists who decide if they wave a flag and curse at Joe Biden that that makes them more American than me, excuse me. I have a bridge to sell you.”