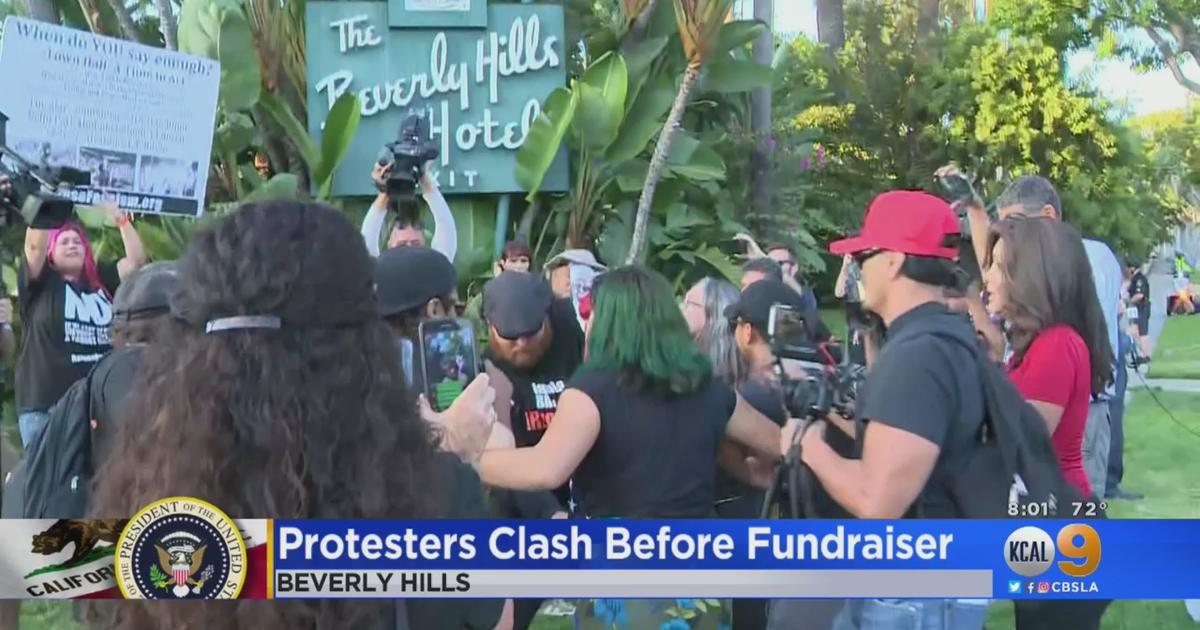 The fights broke out between the groups in front of the Beverly Hills Hotel after an American flag was lit on fire, reported CBSLA’s Chris Holmstrom.

Beverly Hills police were in the area, and responded to each fight, ultimately having to separate the two groups. Several people were initially detained, but none were arrested following the scuffles.

“All my years, I’ve never seen that,” said Gregg Donovan, a Trump supporter, said. “I was very disappointed in both sides. I took a neutral stance. I just stood there with my sign the whole time, but the burning of the flag really hurt.”

Another man who was there with the protesters said that he understood the frustrations of those who were also there protesting.

Trump was nearby attending a fundraiser hosted by real estate developer Geoffrey Palmer, who was a major Republican donor during the 2016 presidential campaign.

Tickets to the fundraiser reportedly start at $1,000 for individuals and go up to $100,000 for couples who will also get to attend a VIP reception and have a photo opportunity with the president.