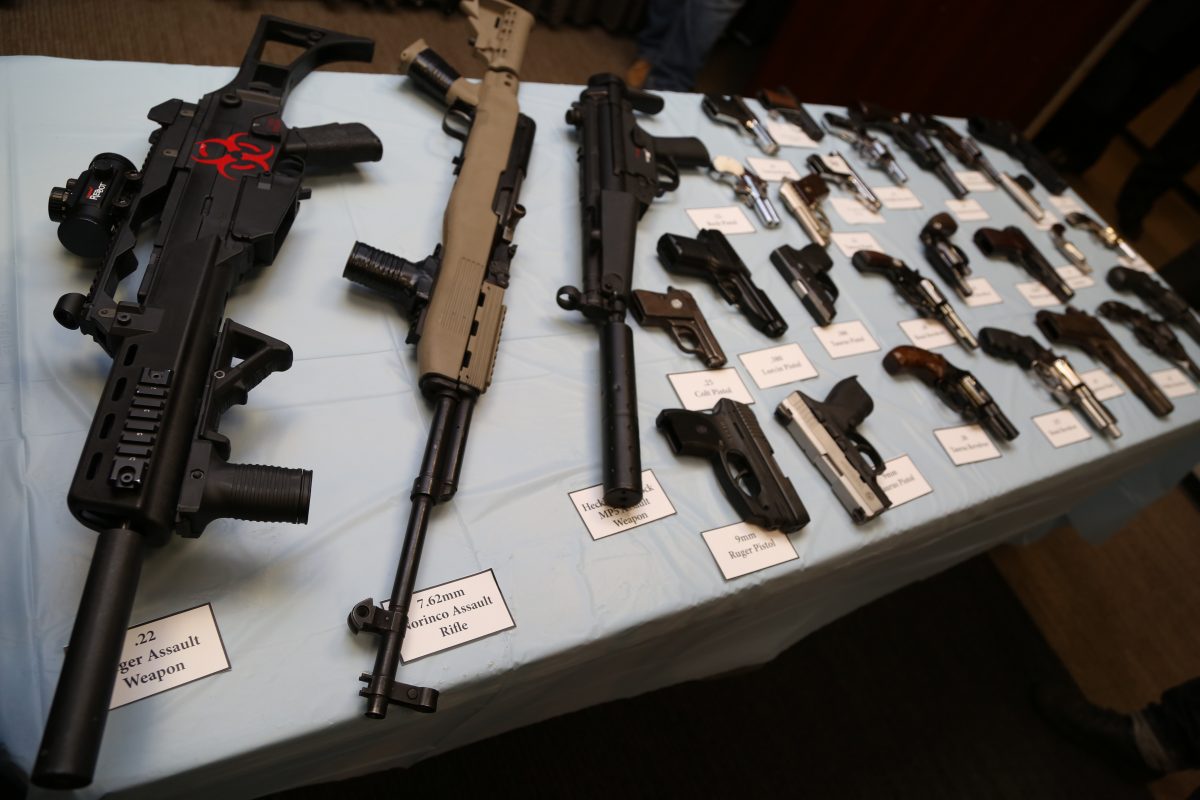 The Department of Justice on Tuesday announced it will use “strike forces” to go after illegal firearms trafficking in major U.S. cities.

The strike forces will be launched within 30 days in Democrat-run New York City, Los Angeles, Chicago, Washington D.C., San Francisco, and their respective metropolitan areas. The Bureau of Alcohol, Tobacco, Firearms and Explosives (ATF) will coordinate with designated U.S. attorneys to target “firearms trafficking corridors,” according to a news release from the Justice Department.

Those strike force groups won’t necessarily be limited to operating within those metropolitan areas, noted the Justice Department, and they will “share information and otherwise collaborate across districts where firearms trafficking schemes cross state or jurisdictional boundaries to focus enforcement against entire trafficking networks, from the places where guns are unlawfully obtained to the areas where they are used to commit violent crimes.”

Attorney General Merrick Garland said the measure is designed to bolster cooperation between the federal government and “local partners,” while adding that the announcement Tuesday is “another concrete step to address violent crime and illegal firearms trafficking.”

“Our firearms trafficking strike forces will investigate and disrupt the networks that channel crime guns into our communities with tragic consequences,” he added. “This effort reflects our shared commitment to keep communities safe.”

Deputy Attorney General Lisa Monaco said during a virtual forum on Tuesday that the focus is to support “local communities to prevent, investigate, and prosecute violent crime.”

The U.S. attorneys and ATF will focus on “where the guns are originating, where they’re used in violent crime, where they’re transiting, and going after the entire network,” Monaco added.

The initiative is part of the Justice Department’s recently unveiled “Violent Crime Reduction Initiative” that is designed to make clear “that firearms traffickers that provide weapons to violent offenders are an enforcement priority across the country,” said the agency.

According to FBI data, a number of U.S. cities have seen significant increases in homicides in 2021 as compared with the same time last year.

During a news conference on Monday, White House press secretary Jen Psaki told reporters that President Joe Biden is slated to soon deliver a speech “addressing gun violence and gun safety in the country,” adding that Biden “feels a great deal of the crime we are seeing is a result of gun violence.”

The announcement on Tuesday comes as Democrat members of Congress have introduced a series of gun-control bills, including bans on so-called “assault weapons,” bans on magazines that hold more than 10 rounds, and would expand background checks.