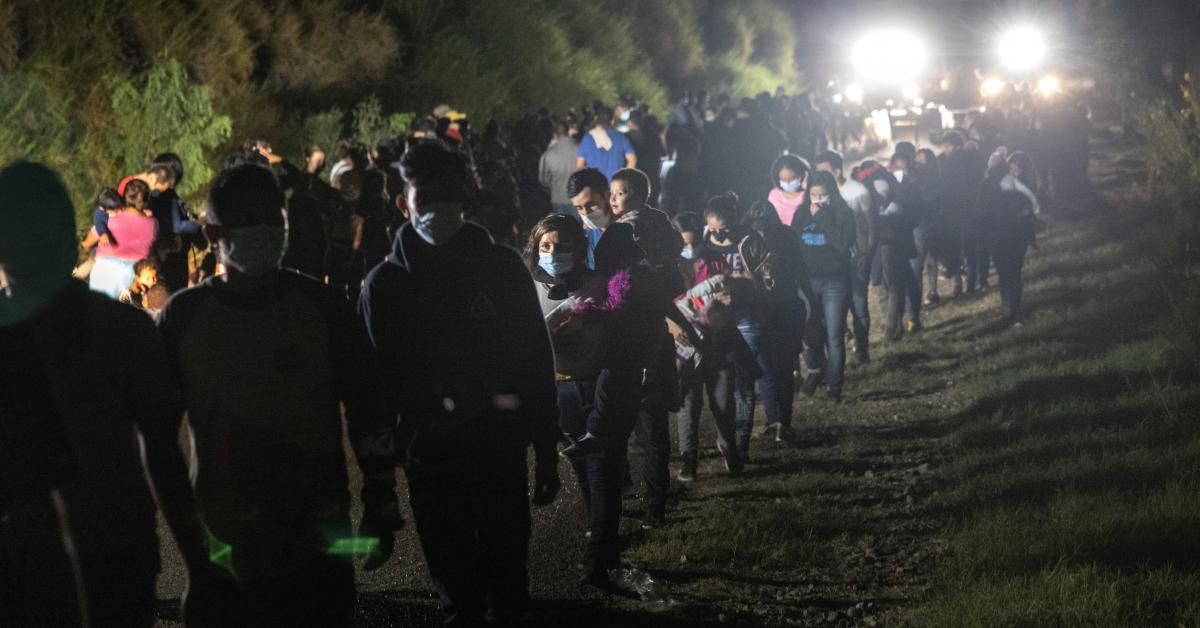 A decision to weaken vetting of adult sponsors contributed, in part, to the loss of…

The Biden-Harris administration has lost track of at least 45,000 unaccompanied minors who were brought across the southern border illegally — and President Joe Biden has yet to issue a statement about it.

Once processed by Border Patrol, unaccompanied minors fall under the supervision of the U.S. Department of Health and Human Services’ Administration for Children and Families. The agency reportedly works with a network of 200 shelters in roughly 24 states, according to a report by the Associated Press. Shelters are often set up inside military bases, stadiums and convention centers, referred to as “emergency intake sites.”

At its peak, HHS had 20,339 children in its care in April, with an average shelter occupancy rate of 76%.

During the detention process, HHS works with nongovernmental organizations to go through a vetting process and transport the children to reported family members or sponsors already living in the U.S.

Within months of Biden entering office, Border Patrol agents “apprehended more unaccompanied children than at any point in its history,” according to Border Patrol Council President Brandon Judd.

“The Biden administration wasn’t prepared,” Judd wrote in a Fox News op-ed, and agents were “forced to hold a good number of these children long past what the law allowed. Instead of creating a long-term solution, the Biden administration merely cut back on the vetting process of the sponsors to whom children were being released.”

The decision to weaken the vetting process contributed, in part, to the Biden administration’s loss of contact with 40% of the more than 114,000 unaccompanied children who entered the U.S. illegally, according to a report by Axios. The report is based on data received through a Freedom of Information Act (FOIA) request.

In 2019, the number of Border Patrol encounters with unaccompanied minors was approximately 76,000.

“A child who is under the age of 18 and not accompanied by their parent or legal guardian is considered under the law to be an unaccompanied child,” DHS Secretary Alejandro Mayorkas said in March. “We are encountering six- and seven-year-old children, for example, arriving at our border without an adult.

But in the first five months of this year, roughly one out of three calls made to the sponsors of these children went unanswered, Axios found.

An HHS spokesperson told Axios that many sponsors don’t want to be contacted — and once the children leave federal custody the government isn’t responsible for their wellbeing.

“While we make every effort to voluntarily check on children after we unite them with parents or sponsors and offer certain post-unification services, we no longer have legal oversight once they leave our custody,” the spokesperson said.

But if the children are processed through the Refugee Resettlement Program, as most are, agency guidance includes a 30-day follow up call from the date of release — in order to “determine whether the child is still residing with the sponsor, is enrolled in or attending school, is aware of upcoming court dates and is safe.”

Axios submitted the FOIA request after HHS refused to disclose information about whether it was following the 30-day call guideline. Unsuccessful attempts to reach minors increased from 26% in January to 37% in May, Axios found.

While the report covered data through May, by July, the U.S. Department of Justice was already investigating whether some of those released by HHS were released to labor traffickers.

According to Bloomberg Law, illegal alien teens were allegedly trafficked to agricultural or poultry processing facilities in Alabama and Oregon. DOJ’s Human Trafficking Prosecution Unit said it was aware of labor exploitation and/or potential labor trafficking of unaccompanied minors in several jurisdictions and was investigating with others in law enforcement.

But even before then, by April, reports of sexual abuse and violence against children were reported at two facilities in El Paso and San Antonio, Texas, prompting Gov. Greg Abbott to call on the Biden administration to close the facilities.

Abbott sent a letter to Biden demanding answers about the treatment of the children, and directed Texas state troopers and rangers to intervene where possible. “The Biden administration is presiding over the abuse of children,” he said.