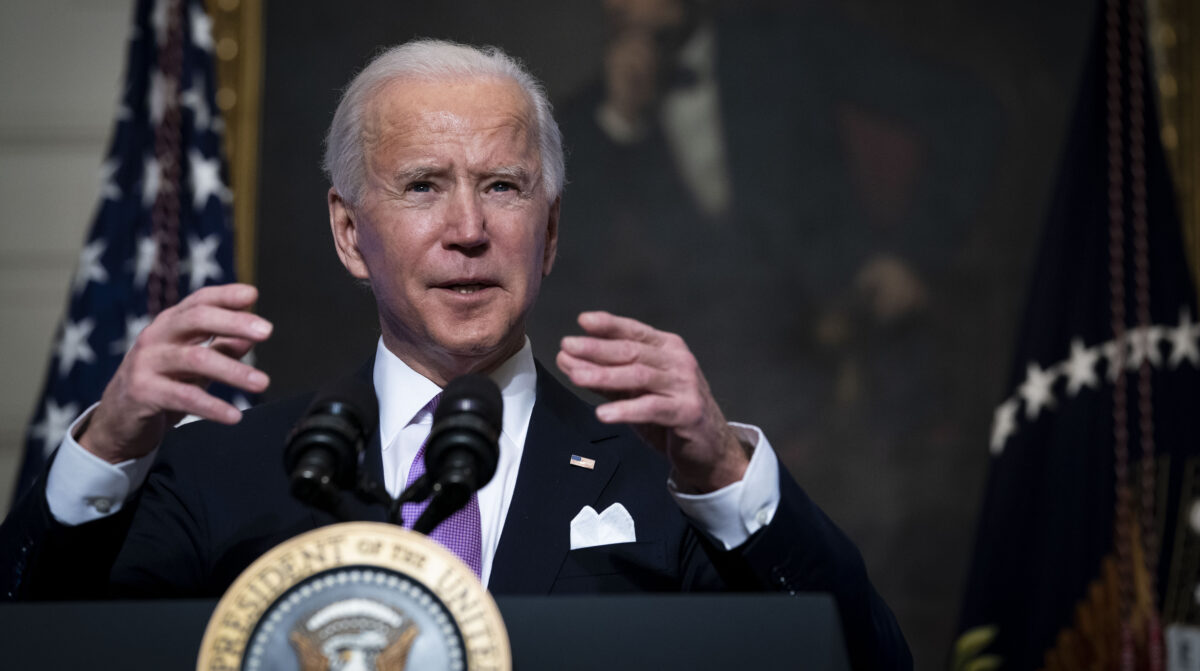 The Biden administration was sued on Jan. 27 over its executive order to halt oil…

The Biden administration was sued on Jan. 27 over its executive order to halt oil and gas leasing on federal lands and waters.

The lawsuit (pdf) was filed in the U.S. District Court in Wyoming by the Western Energy Alliance, a group representing fossil fuel producers on federal lands. They say President Joe Biden exceeded his authority with the recent order.

“The law is clear. Presidents don’t have authority to ban leasing on public lands. All Americans own the oil and natural gas beneath public lands, and Congress has directed them to be responsibly developed on their behalf,”  Alliance President Kathleen Sgamma said in a statement, according to The Washington Times. “Drying up new leasing puts future development as well as existing projects at risk. President Biden cannot simply ignore laws in effect for over half a century.”

The lawsuit argues that the administration’s suspension of the federal oil and gas leasing program is “an unsupported and unnecessary action that is inconsistent with the Secretary’s statutory obligations” and is “both arbitrary and capricious.”

The Biden executive order sets up a “pause on entering into new oil and natural gas leases on public lands or offshore waters to the extent possible” and will launch a “rigorous review of all existing leasing and permitting practices related to fossil fuel development on public lands and waters,” according to the White House.

The White House said the move is an attempt to “tackle the climate crisis.”

Republicans and industry leaders said the order would harm the U.S. economy and result in thousands of job losses.

Dan Naatz of the Independent Petroleum Association of America said in a separate statement: “Do not be fooled, this is a ban [on drilling]. The Biden administration’s plan to obliterate the jobs of American oil and gas explorers and producers has been on clear display.”

What’s more, according to Sgamma, the order would also put at risk $8.8 billion in conservation revenue that is funded in part by mineral development on federal property.

“Biden’s ban is an overreach meant to satisfy the environmental left, but it would seriously harm the livelihoods of tens of thousands of westerners and put at risk millions more as state services become unfunded,” she said.

The order doesn’t affect existing oil and gas leases, which can last 10 years, officials have said.

The Interior Department stated the pause “won’t impact existing operations or permits for valid, existing leases, which are continuing to be reviewed and approved.”

Republicans in Congress have signaled they will work to stop Biden’s agenda.

“Pie-in-the-sky government mandates and directives that restrict our mining, oil, and gas industries adversely impact our energy security and independence,” Rep. Cathy McMorris Rodgers (R-Wash.), a member of the GOP’s leadership in the House, said in a statement this week.

Published in Biden, Crime, Energy, Political News and US News