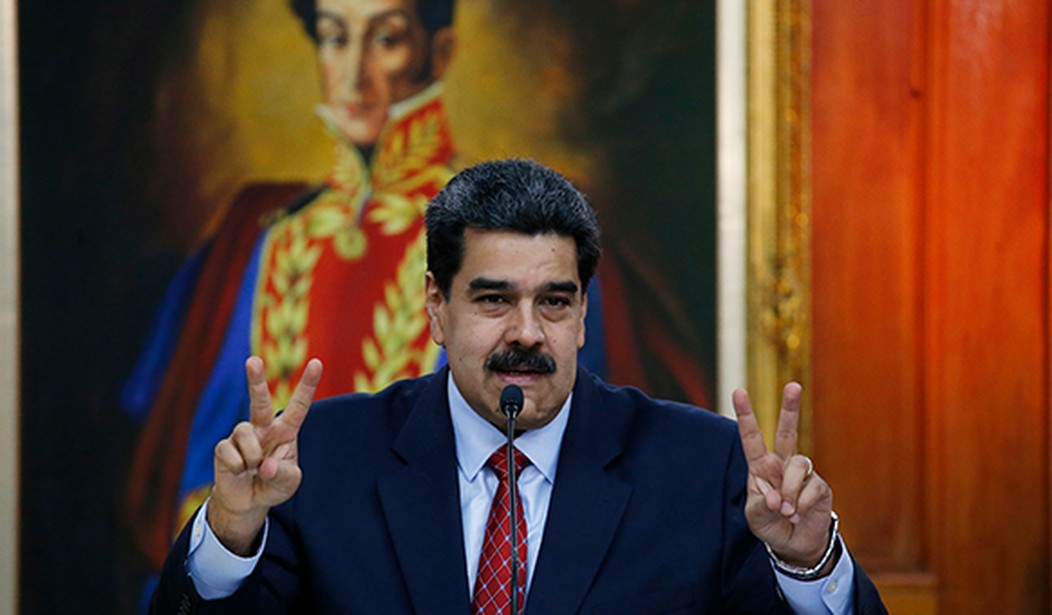 The good news is that the Biden administration is finally doing something about the Biden energy crisis, encouraging more oil drilling. The bad news is that the drilling will be taking place in Venezuela, not the United States. We saw some hints of this last month, but now it’s apparently official. Yesterday, in an effort to cut a deal with one of the worst socialist tyrants on the planet, Joe Biden lifted some of the sanctions on Nicolas Maduro and the Venezuelan oil giant PDVSA. The eased sanctions will allow for additional oil to flow from Venezuela and be exported to a world that is currently running out of energy at an alarming pace. So I assume that all of that unpleasantness over the past eight years or more is just in the rearview mirror now? Stand by for a few reminders of just who it is that we’re doing business with. (Newsmax)

The Biden administration Saturday eased some oil sanctions on Venezuela in an effort to support newly restarted negotiations between President Nicolás Maduro’s government and its opposition.

The Treasury Department is allowing Chevron to resume “limited” energy production in Venezuela after years of sanctions that have dramatically curtailed oil and gas profits that have flowed to Maduro’s government. Earlier this year the Treasury Department again allowed the California-based Chevron and other U.S. companies to perform basic upkeep of wells it operates jointly with state-run oil giant PDVSA.

Under the new policy, profits from the sale of energy would be directed to paying down debt owed to Chevron, rather than providing profits to PDVSA.

So we can’t get a new pipeline built or a new drilling permit issued in the United States, but we’re going to let Venezuela open the taps and begin cashing in on its reserves of black gold? That’s just great. (/sarc) One question we might ask is how we’re apparently doing business with Nicolas Maduro when we don’t even recognize him as the legitimate president of Venezuela. What happened to Juan Guaido? He’s supposedly the president that most of the world recognizes. Oh, that’s right. He spends about half of his time in jail.