Biden shows no regrets over fist bump with MBS: ‘Happy to answer a question that matters’ 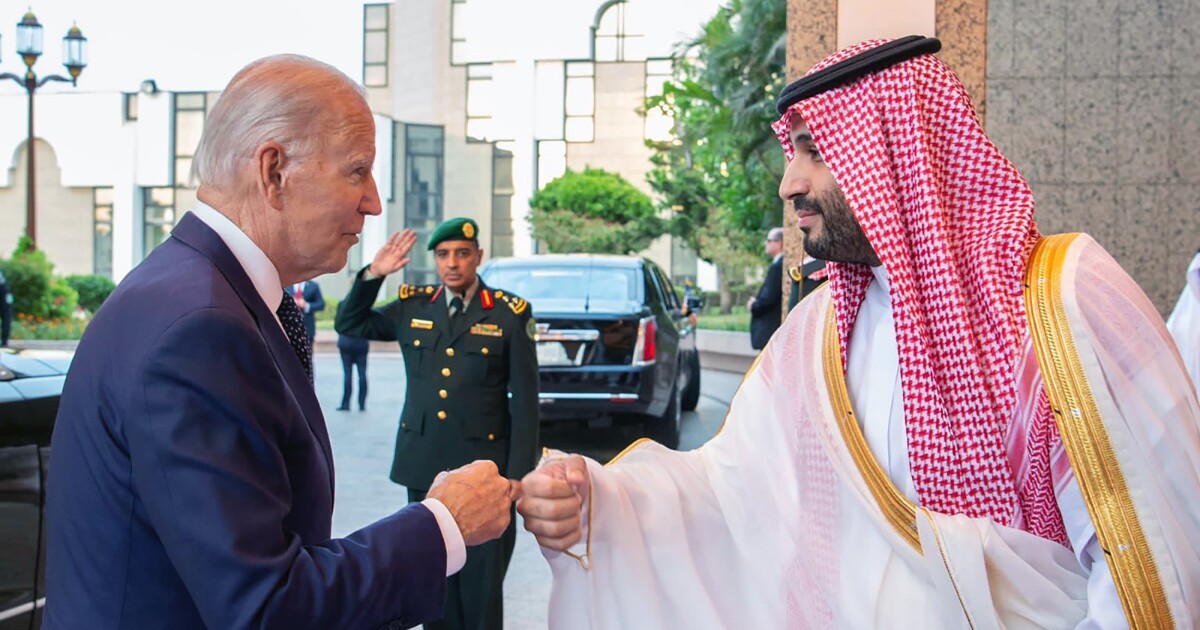 Biden shows no regrets over fist bump with MBS: 'Happy to answer a question that matters'

Reporters greeted Biden on the South Lawn of the White House shortly after midnight Sunday morning, marking his return from his first Middle East excursion as president. One reporter asked Biden whether he regretted the fist bump, which drew widespread condemnation, especially given that the White House had previously said Biden would not shake hands with leaders in the Middle East due to COVID-19 risks.

“Why don’t you guys talk about something that matters? I’m happy to answer a question that matters,” Biden said in reply…

Published in Biden, Coronavirus, US News and World News