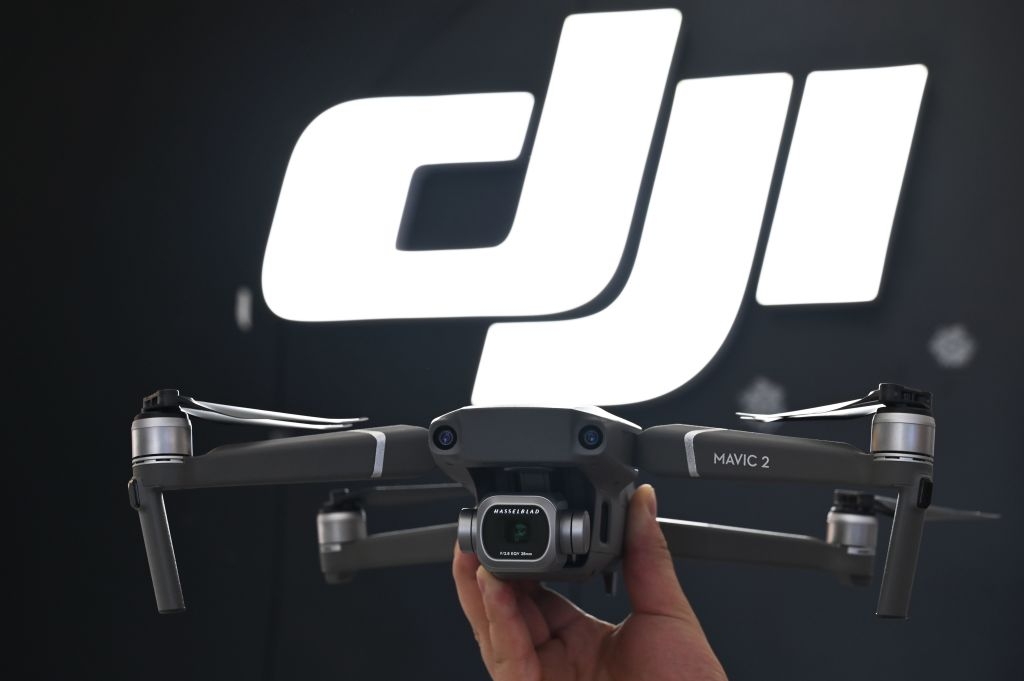 Critics of DJI's systems claim they have the potential to be monitored remotely, and a…

Nothing better illustrates the Biden administration’s utter incompetence in safeguarding America’s interests than the revelation that a number of federal agencies are reportedly purchasing surveillance drones from China.

The Pentagon has previously advised against US agencies purchasing Chinese-made drones on the grounds that they could be used to transfer sensitive data to Beijing’s communist rulers.

But now a new report by the Axios website claims that a number of federal law enforcement agencies in the Biden administration have purchased drones from China that have previously been labeled a potential national security threat by the Pentagon.

According to Axios, both the U.S. Secret Service and the Federal Bureau of Investigation have recently acquired surveillance drones from the Shenzhen-based company Da Jiang Innovations (DJI).

The Secret Service bought eight DJI drones in July 2021, according to procurement records, while the FBI is said to have bought 19 of the company’s products.

DJI is one of the most popular drone manufacturers in the industry, and the company requires those who purchase their products to download proprietary software and provide to users their own mapping databases.

Critics of DJI’s systems claim they have the potential to be monitored remotely, and a review of the drones conducted by the Pentagon earlier this year concluded that they posed a potential threat to national security.

The revelation that key federal agencies are buying Chinese-made drones contrary to guidance issued by the Pentagon will further erode trust in US President Joe Biden’s competence to protect American interests, which has already hit record lows following his inept handling of America’s withdrawal from Afghanistan in August.

A recent poll by Quinnipiac revealed that Mr Biden’s approval rating was continuing to slide, putting him at his lowest ever score of 38%, his lowest in any poll since taking office.

His responsibility for the Afghan debacle, as well his incompetent handling of other key issues such as immigration and the economy, were said to be important factors in his low approval ratings.

“Battered on trust, doubted on leadership, and challenged on overall competency, President Biden is being hammered on all sides as his approval rating continues its downward slide to a number not seen since the tough scrutiny of the Trump administration,” Quinnipiac University Polling Analyst Tim Malloy said in a statement.

The President’s approval is set to fall further in the wake of fresh allegations that his administration ignored an explicit warning from the Pentagon about “cybersecurity concerns” linked to Chinese-made drones and parts made by DJI.

Concerns about the company’s products being used to advance China’s interests have been longstanding and include a 2017 statement from the Department of Homeland Security that claimed with “moderate confidence” that DJI was “providing U.S. critical infrastructure and law enforcement data to the Chinese government.”

The Pentagon has been voicing concerns about commercial off-the-shelf drones since 2018, when it implemented a ban. The following year, Congress passed legislation banning the use of drones and components manufactured in China, and the Trump administration blacklisted DJI for national security reasons.

The Interior Department, which owns DJI products, grounded its entire non-emergency drone fleet in 2019 due to concerns about Chinese government intrusion.

The Biden administration’s willingness to allow key federal agencies to continue buying DJI drones has prompted fierce criticism from Republicans, who argue it raises questions about Mr Biden’s claim that he wants to take a tough line with Beijing.

Responding to the revelations made by Axios, Republican Sen. Marco Rubio said in a statement, “Given everything we know about the Chinese Communist Party and its companies, there is absolutely no excuse for any government agency to use DJI drones, or any other drones manufactured in countries identified as national security threats.”

A spokesman for DJI rejected claims that its drones posed a security risk. “DJI drones are safe and secure for government and enterprise operations,” the company said in a statement. “DJI believes defining specific standards and requirements, regardless of a drone’s country of origin, is the best way to ensure the security of drone data,” it said.

Given the Chinese Communist Party’s abysmal record for trustworthiness, however – as in promising not to militarise the fake islands they built in the South China Sea just before they militarised them, or claiming that their Chinese virus, COVID-19, was not transmissible human-to-human – this assessment is less than reassuring.

The Biden administration’s involvement in allowing Chinese-made technology into sensitive areas of the American government will only deepen the view that Mr Biden cannot be trusted to uphold his constitutional duties as the country’s Commander-in-Chief.

Con Coughlin is the Telegraph‘s Defence and Foreign Affairs Editor and a Distinguished Senior Fellow at Gatestone Institute.