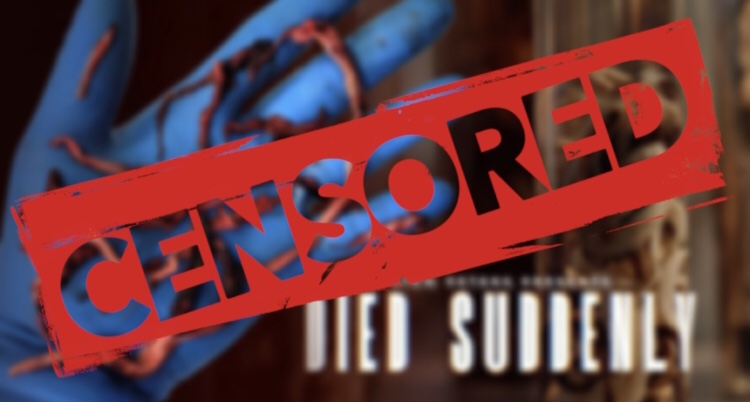 Facebook, Google, and company are desperate to hide the groundbreaking new film from the mega-viral Stew Peters Network.

Big Tech and their allies in corporate media are scrambling to censor Stew Peters’ earth-shattering new documentary film, “Died Suddenly,” after it amassed millions of views within hours of its release and broke through the left-wing algorithms to trend on social platforms.

Censors on Facebook have already booted “Died Suddenly” from the social media platform after millions upon millions of viewers streamed the film within hours of its release.

“Died Suddenly” from the Stew Peters Network, another hit film directed and produced by award-winning filmmakers Matthew Miller Skow and Nicholas Stumphauzer, who also directed “Watch the Water” and “These Little Ones,” promises to upend the paradigm through which the last three years will ultimately be viewed.

Apparently, the film has gone so viral and has so disrupted the Big Pharma narrative, that Facebook’s censors and anti-speech algorithms are working overtime, to stop users from even posting the film in the first place.