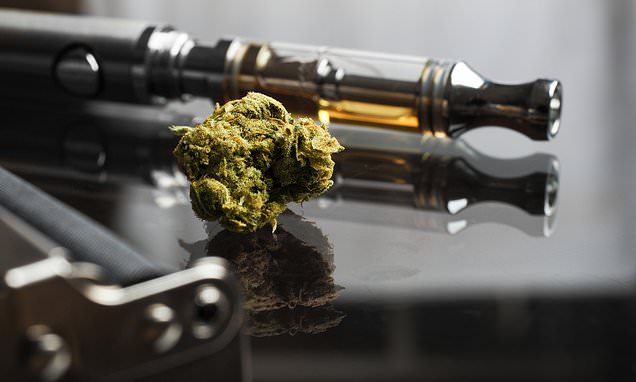 Cannabis vaping pens that are purchased from unlicensed dealers may contain myclobutanil, a pesticide that…

Cannabis vape pens bought on the black market have been found to contain hydrogen cyanide.

NBC News reported that they ordered a testing of 18 vaping cartridges with THC, the main psychoactive compound found in marijuana.

Three cartridges were purchased from legal dispensaries in California and those were not found to contain heavy metals or pesticides.

But of the 15 that were bought from unlicensed dealers, 13 contained the solvent Vitamin E, which has been found to cause severe lung damage when it is inhaled.

Also found was myclobutanil, a pesticide that, when burned, can turn into hydrogen cyanide – a chemical that can lead to fatal asphyxiation within minutes.

It comes on the heels of the most recent report from the Centers for Disease Control and Prevention (CDC) on the slew of vaping-related illnesses that have swept the nation, killing 13 Americans and sickening more than 800.

Published in Health News, US News and World News