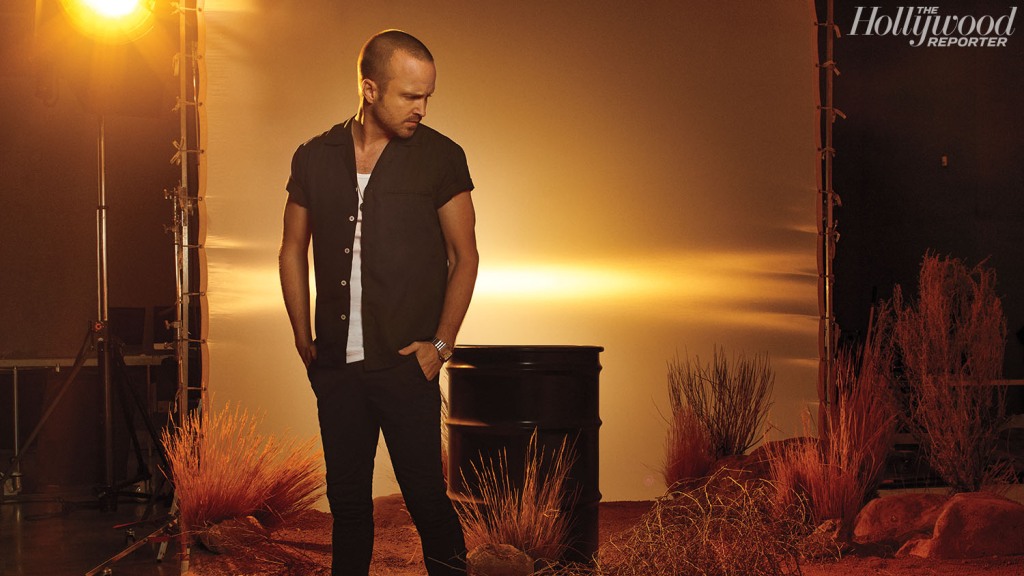 In their first interview about the new movie, star and creator reveal why they risked messing with their defining show (“Is there another story to tell?”) and how they shot the hot Netflix project in near-total secrecy.

One day late in 2018, the phone of an Albuquerque, New Mexico, man named Frank Sandoval started ringing off the hook. Sandoval runs a local outfit that operates Breaking Bad-themed tours in an RV identical to the battered Fleetwood Bounder that served as a mobile meth lab for Bryan Cranston’s Walter White and Aaron Paul’s Jesse Pinkman on the Emmy-winning AMC show. Five years after Breaking Bad went off the air, the distinctive vehicle had — suddenly and mysteriously — reappeared in town outside a diner on a main road. “People were calling us and saying, ‘Is that your RV up there?’ ” Sandoval says. “We’d heard rumors for years that they were shooting. But nobody we talked to ever knew anything.” Sandoval asked around about the mystery RV and eventually came across a printed flyer explaining that a New Mexico tourism commercial was shooting in town. He figured that explained it.

In fact, Jesse and Walter’s old RV was in Albuquerque that day, as were Breaking Bad creator Vince Gilligan and his cast and crew, engaged in a secret project. They were shooting El Camino: A Breaking Bad Movie, which will premiere Oct. 11 on Netflix and in theaters in 68 cities, including New York, Los Angeles, Chicago and Albuquerque, before it airs on AMC early next year. Netflix only just announced the project in August, after Gilligan had wrapped postproduction. That’s because despite the Virginia-born writer’s gentle Southern manner and almost pathological humility, Gilligan, 52, is a showman at heart, and he wants to lift the curtain at the last possible second. “I don’t want to open my Christmas presents a week and a half before Christmas,” Gilligan says, explaining his insistence on a covert production. Gilligan’s producers say they had nothing to do with the tourism flyer, but they did use other means to keep the project hush-hush, including waiting until the last possible minute to share the script with crew, obscuring locations with trucks and screens and relying on a private jet to shuttle a key castmember in and out of Albuquerque without notice.  READ MORE…

Published in Entertainment News, Interviews and US News