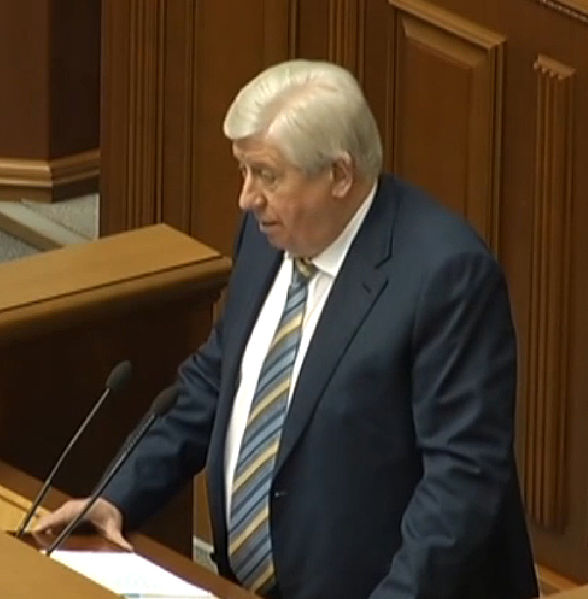 Former Ukrainian Prosecutor Viktor Shokin, who was fired due to pressure from Joe Biden in 2016, as Shokin was investigating Biden’s son, Hunter Biden, in corrupt dealings with the Burisma group of companies in Ukraine, is now under investigation in Kyiv on corruption charges.

Today he demanded to depose Joe Biden in his defense to Ukrainian prosecutors.

Today ex-Prosecutor General of Ukraine Viktor Shokin demanded to interrogate the candidate for the post of President of the United States from the Democratic Party Joseph Biden. According to our sources in the National Police, Shokin stated his demand during interrogation by the investigator, who is conducting the proceedings 62020000000000236, about interference in the work of the Ukrainian Prosecutor General (part 2 of article 343 of the Criminal Code). Shokin, who has the procedural status of a victim, continues to insist that in 2016, as vice president of the United States, Biden threatened the fifth President of Ukraine, Petro Poroshenko, to block the transfer of $ 1 billion in financial assistance if he did not remove Shokin from the post of Prosecutor General, reports local media.

At that time, Shokin was the procedural leader in the criminal proceedings against Nikolai Zlochevsky and other managers of Burisma, whose supervisory board included Joseph Biden’s son Hunter Biden. Poroshenko summoned Shokin and instructed him to write a letter of resignation of his own free will. It is important to understand that Shokin’s demand to interrogate Biden can lead to significant diplomatic consequences for Ukraine, and, in fact, is interference in the US presidential elections on the side of the Republicans.

The question remains open – whether this demand is an initiative of Shokin himself or is coordinated by representatives of the current Ukrainian government, in fact, again stepping on the same rake.

Published in Crime, Political News, Ukraine and US News