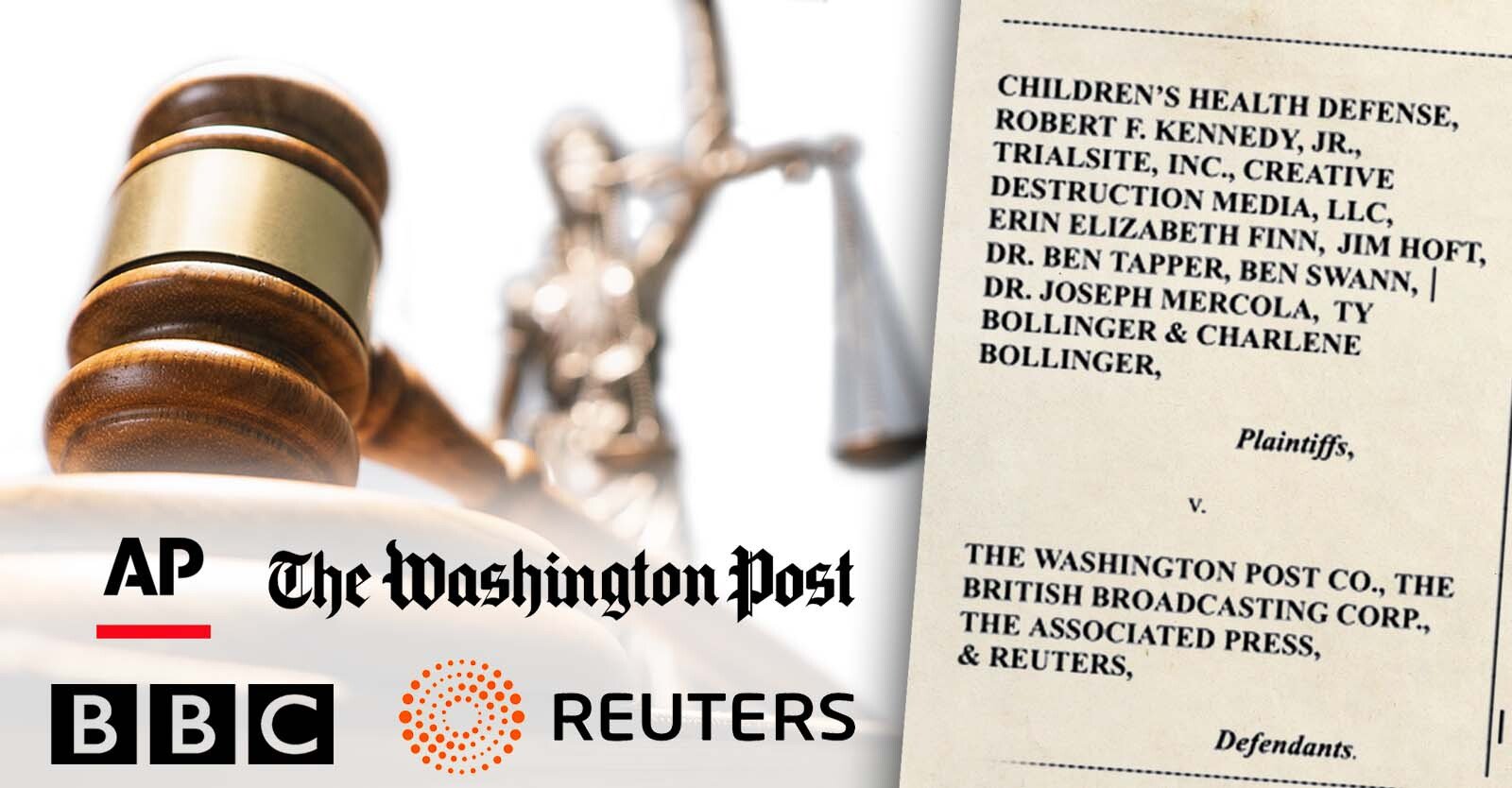 A lawsuit filed today by Robert F. Kennedy, Jr., and multiple other plaintiffs, alleges the…

Miss a day, miss a lot. Subscribe to The Defender’s Top News of the Day. It’s free.

The lawsuit targets the Trusted News Initiative (TNI), a self-described “industry partnership” launched in March 2020 by several of the world’s largest news organizations, including the BBC, The Associated Press (AP), Reuters and The Washington Post — all of which are named as defendants in the lawsuit.

Filed today in the U.S. District Court for the Northern District of Texas-Amarillo Division, the lawsuit alleges these outlets partnered with several Big Tech firms to “collectively censor online news,” including stories about COVID-19 and the 2020 U.S. presidential election that were not aligned with official narratives regarding those issues.