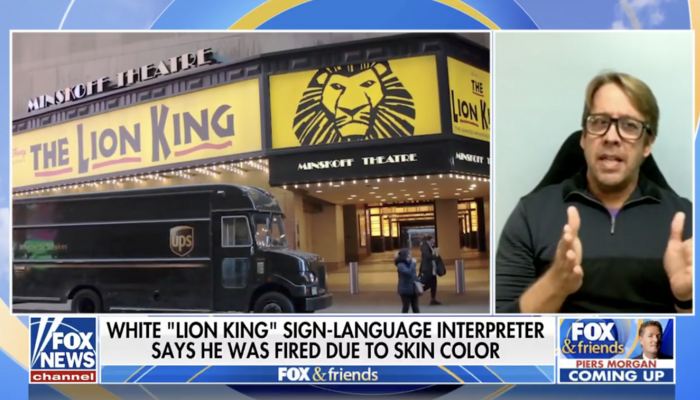 I sometimes forget that the left thinks that racism doesn’t count when it’s against white people.

The Theater Development Fund, which staffs Broadway’s shows with American Sign Language interpreters, allegedly forced at least two white people off the cast of “The Lion King” due to their skin color. One of those individuals, Keith Wann, has decided to sue the organization over its racism, the New York Post reported.

Supposedly director Lisa Carling told Wann and another interpreter, Christina Mosleh, to “back out” of the show as she thought it was “no longer appropriate to have white interpreters represent black characters for ASL Broadway shows.”

Wann’s been a sign language interpreter and performer for over ten years and was asked to cover the ASL role in a performance of “The Lion King” in March. The news of his dismissal came just a few days after he was cast.