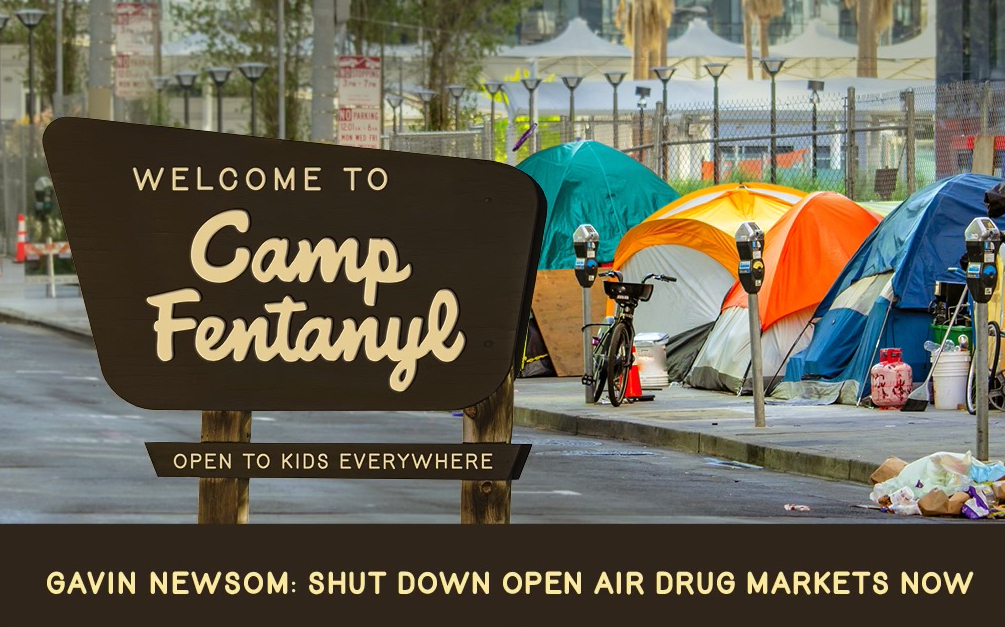 Mothers Against Drug Deaths rallied on May 12 at the state Capitol building in Sacramento, demanding…

Mothers Against Drug Deaths rallied on May 12 at the state Capitol building in Sacramento, demanding that California Gov. Gavin Newsom do more to solve the state’s “out-of-control fentanyl epidemic.”

The group of mothers unveiled a new billboard advertising campaign at a press conference. The new billboard depicts a “tent city drug scene” as a campground with a national forest sign that reads: “Welcome to Camp Fentanyl, Open to Kids Everywhere,” and “Governor Newsom, shut down open-air drug markets now.”

The billboards are displayed on Interstate 80, near the Harbor Boulevard exit, and a third mobile billboard was onsite at the rally and will circle the Capitol building, said Jacqui Berlinn, co-founder of the group…

Published in Drugs, Health News and US News