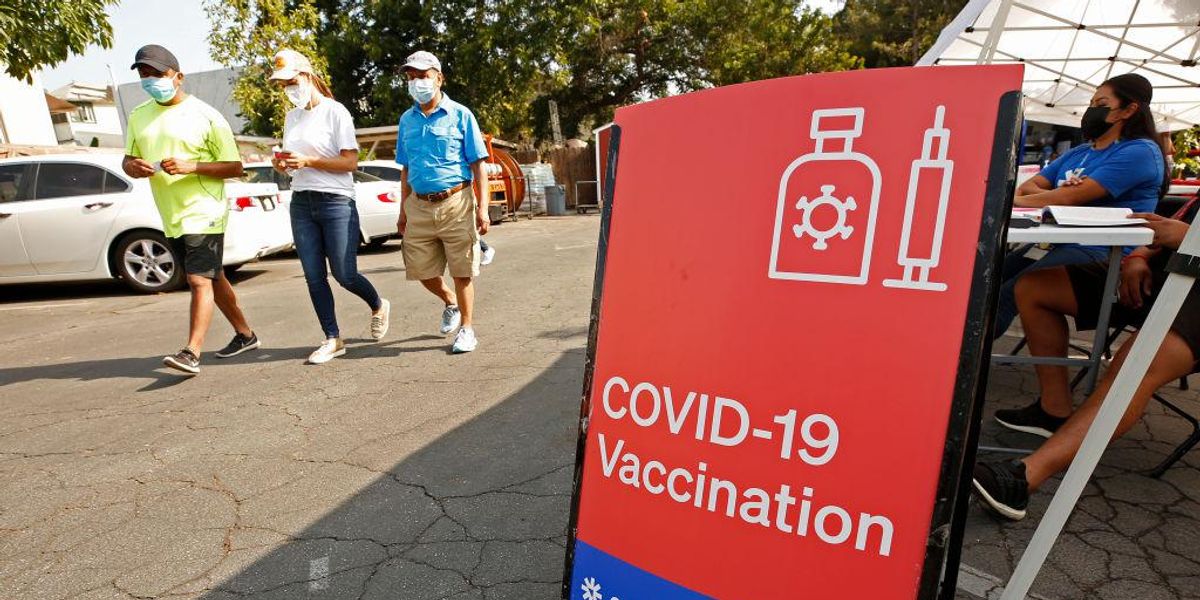 The perplexing trend comes as elected officials and health experts across the country aggressively encourage unvaccinated individuals to become immunized against the virus.

Compare that to these five counties: Modoc, Glenn, Lassen, Del Norte, and San Benito, which have below-average vaccination rates and decreasing case rates.

While health experts are well aware that the news is confounding, they insist it is not proof that vaccinations are counter-productive. Rather, they suggest that population density and the contagiousness of the Delta variant may be reasons for the trend.

“There are a number of issues that contribute to transmission,” Dr. Stephen Luby, an infectious diseases expert at Stanford University, said, according to Mercury News. “In high-density urban settings, for example, even with a higher level of vaccine coverage, there can still be a lot of exposure to unvaccinated folks and potentially to folks who are vaccinated but are asymptomatically shedding the Delta variant.”

Likewise, Dr. Kirsten Bibbins-Domingo, an epidemiology professor at the University of California-San Francisco, argued that although vaccines are efficient at bolstering the body’s immune response, they aren’t impenetrable shields.

“The best, most waterproof raincoat is protective, but not when it’s storming outside or you’re in the middle of a hurricane,” she noted.

Her colleague, UCSF infectious disease expert Dr. Philip Norris, told KOVR that in densely populated areas, vaccinated individuals may even be unknowingly transmitting the disease to others.

Norris pointed to a Chinese study indicating that the Delta variant may have a viral load of up to 1,000 times higher than previous variants.

“If that’s the case, even a little bit in somebody who’s vaccinated could be a lot,” he added.

Regardless of whether the explanations are plausible or not, the news out of California will all but certainly serve as a disclaimer amid the nationwide vaccination push.