California Woman Who Got Both Moderna Vaccine Shots Dies of COVID-19: Officials 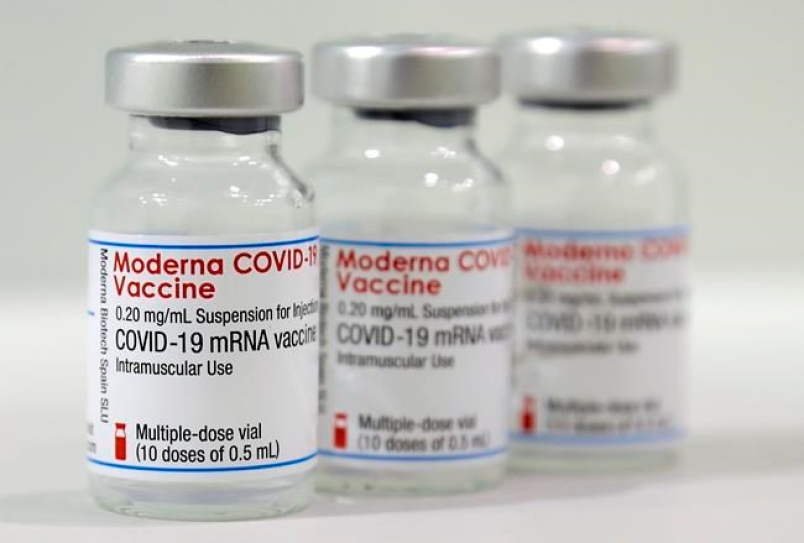 California Woman Who Got Both Moderna Vaccine Shots Dies of COVID-19: Officials

An elderly woman in Napa County, California, who had received both Moderna vaccine shots died…

While scant details about the woman were released, Napa County spokeswoman Leah Greenbaum said she was over the age of 65 and had underlying health problems. The woman died on June 2 after a long hospital stay, Greenbaum said on June 7.

Officials said she tested positive for the B.1.1.7 variant of the CCP (Chinese Communist Party) virus. The World Health Organization has recently started calling the variant “Alpha,” saying it was first detected in the UK.

“No vaccine is 100 [percent] effective, but this does not diminish the urgency and importance of getting vaccinated, especially as more variant strains emerge,” Napa County Public Health Officer Dr. Karen Relucio said in a statement about the woman’s death. Despite the fatality, COVID-19 vaccines “provide exceptional protection against death and illness,” Relucio added.

The officials added that the woman’s death suggests more people need to get vaccinated.

“Getting vaccinated helps protect us, and it helps protect vulnerable people who aren’t able to mount that immune response,” Greenbaum said in the news conference.

Meanwhile, a man who got both COVID-19 AstraZeneca vaccine doses died of the virus on Thursday, according to officials in Seychelles.

Jude Gedeon, the island nation’s public health commissioner, said during a news conference that the 54-year-old man was the first person to have received the vaccine to die of COVID-19.

It’s not clear when the man had received the vaccine or whether AstraZeneca is investigating the matter. The Epoch Times has contacted AstraZeneca for comment.

Officials have said Seychelles, an archipelago nation in the Indian Ocean that relies heavily on European tourism, is the most vaccinated country in the world. However, recent reports have indicated that despite the high vaccination rate, there has been a spike in COVID-19 cases.

“Unfortunately the downward trend that we saw from mid-May seems to have stabilized and it is not going further down,” Gedeon said during the Thursday news conference. “Community transmission is continuing,” he continued to say, adding that the government might force to implement more lockdowns.

Seychelles has used Sinopharm’s vaccine and Covishield, a version of the AstraZeneca vaccine. And recently, the country began using the Russian Sputnik V shot, according to authorities.

World Health Organization officials in March warned they have “very low confidence” in some data that was provided by Sinopharm, a CCP-backed state-run pharmaceutical company. “We are very confident that 2 doses of BBIBP-CorV are efficacious in preventing PCR confirmed COVID19 in adults (18–59 years),” said a WHO document, according to Reuters.