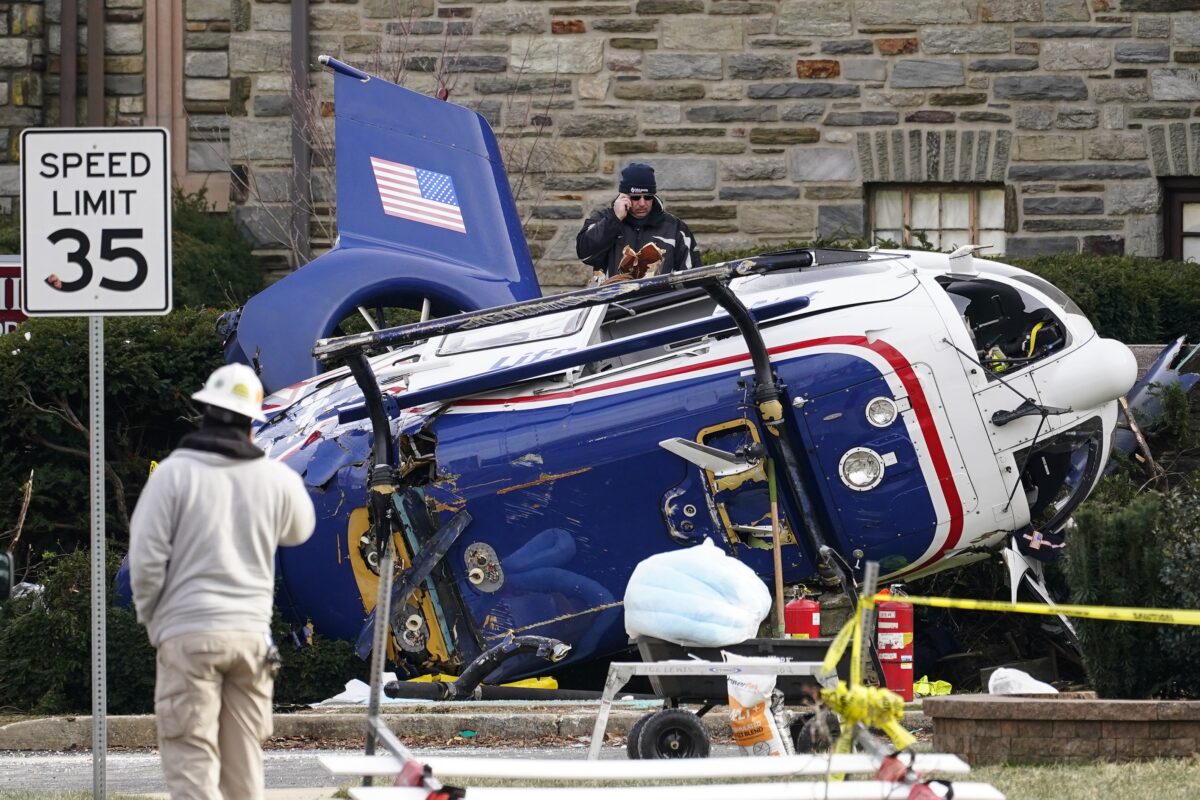 UPPER DARBY, Pa.—A man at the scene of a medical helicopter crash outside Philadelphia this…

UPPER DARBY, Pa.—A man at the scene of a medical helicopter crash outside Philadelphia this week told a dispatcher he was most concerned about the infant girl who survived, but that the pilot was the only passenger not alert after the wreck, according to a 911 call excerpt released Thursday.

The unidentified caller described the pilot as a middle-aged man in the transcript released by Delaware County officials.

“He is breathing, he is talking,” he told the dispatcher. “My main concern right now is the 2-month-old child, I need an ambulance here right away.”

The dispatcher said help was already on the way…

Published in Survival and US News