CDC: Mask Order Will Be ‘Further Enforced’ by ‘Federal Authorities’ 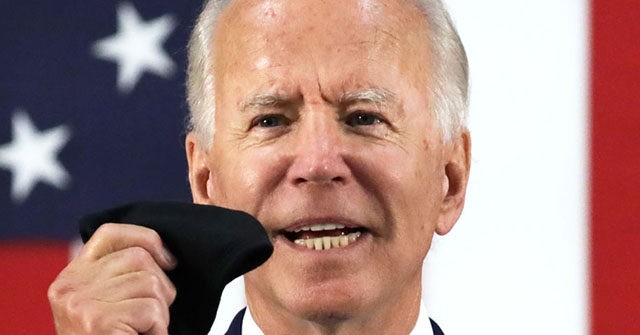 CDC: Mask Order Will Be 'Further Enforced' by 'Federal Authorities'

The CDC's order requiring individuals to wear masks when using public transportation, will be "further…

The Centers for Disease Control and Prevention’s (CDC) latest order, requiring individuals to wear masks when using public transportation or residing in transportation hubs, will be “further enforced by other federal authorities,” the agency announced in its order, which went into effect this week.

Under the order, individuals are required to wear masks while using public transportation, which includes “awaiting, boarding, disembarking, or traveling on airplanes, ships, ferries, trains, subways, buses, taxis, and ride-shares as they are traveling into, within, or out of the United States and U.S. territories,” per the CDC.

“People must also wear masks while at transportation hubs (e.g., airports, bus or ferry terminals, train and subway stations, seaports) and other locations where people board public transportation in the United States and U.S. territories,” the agency said, encouraging the “operators of public conveyances” to enforce the requirement to the best of their abilities.

The order itself specifically states that it “shall be further enforced by other federal authorities and may be enforced by cooperating state and local authorities” through various provisions. However, the CDC noted it hopes not to rely “primarily” on criminal penalties. Instead, it anticipates widespread voluntary compliance:

While this Order may be enforced and CDC reserves the right to enforce through criminal penalties, CDC does not intend to rely primarily on these criminal penalties but instead strongly encourages and anticipates widespread voluntary compliance as well as support from other federal agencies in implementing additional civil measures enforcing the provisions of this Order, to the extent permitted by law and consistency with President Biden’s Executive Order of January 21, 2021.

The CDC also specifies that individuals do not have to wear a mask if unconscious “for reasons other than sleeping,” or if they are “incapacitated, unable to be awakened, or otherwise unable to remove the mask without assistance.”

The order also permits those who are “experiencing difficulty breathing or shortness of breath or are feeling winded” to remove the mask “temporarily until able to resume normal breathing with the mask.”

“Persons who are vomiting should remove the mask until vomiting ceases,” the order states.

The order will remain in effect “unless modified or rescinded based on specific public health or other considerations, or until the Secretary of Health and Human Services rescinds the determination under section 319 of the Public Health Service Act that a public health emergency exists,” the order added.

Published in Biden, Coronavirus, Health News and US News