China May be Retrofitting Nuclear Submarine with New Missile System 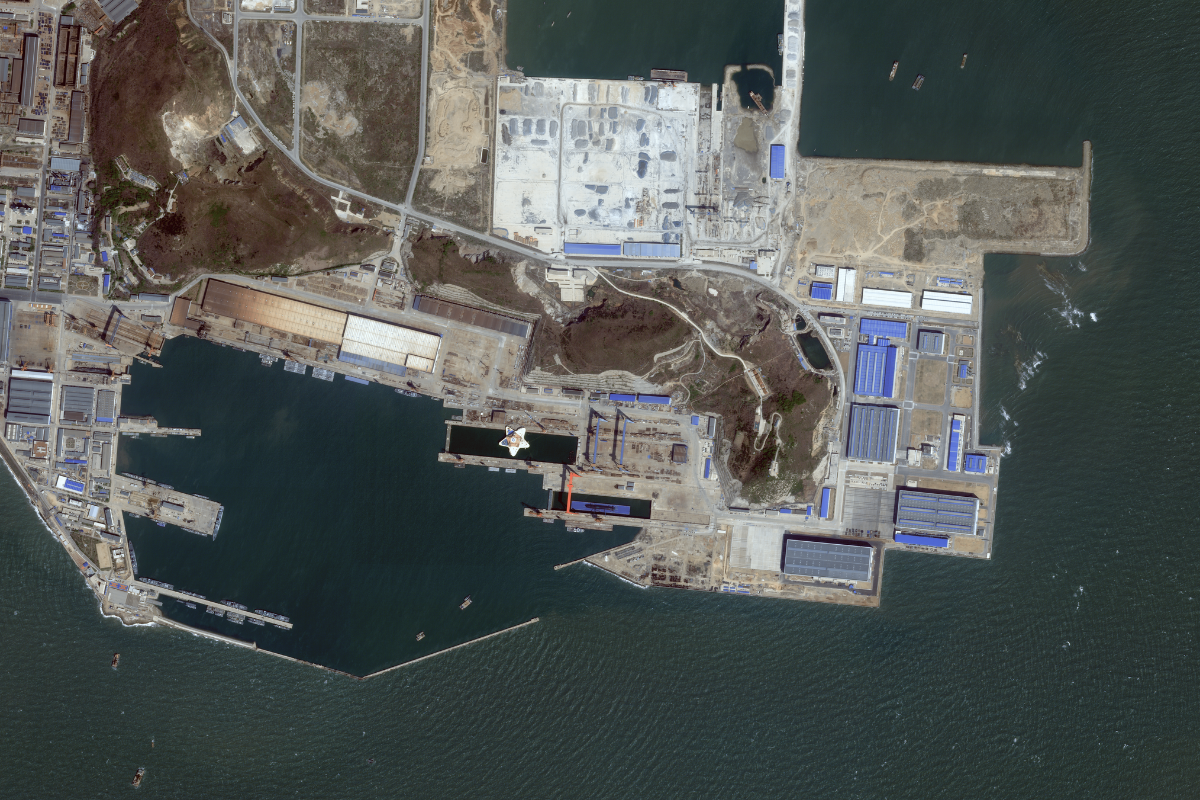 China May be Retrofitting Nuclear Submarine with New Missile System

Recent satellite images provide a rare glimpse into China’s naval development as a commercial satellite caught a Chinese submarine in a dry dock for apparent upgrades. It is unclear if the submarine is a new type of vessel altogether or an upgraded class of nuclear-powered attack submarine.

Images taken by private satellite imagery provider Planet Labs show the submarine in dry dock in Huludao Port in Liaoning province some weeks ago. The submarine was out of water from April 24 to May 4, before being resubmerged.

The parts of the vessel behind its superstructure and stern were shrouded with a cover, effectively concealing the area where missile launch tubes or a new, more silent propulsion system could be…