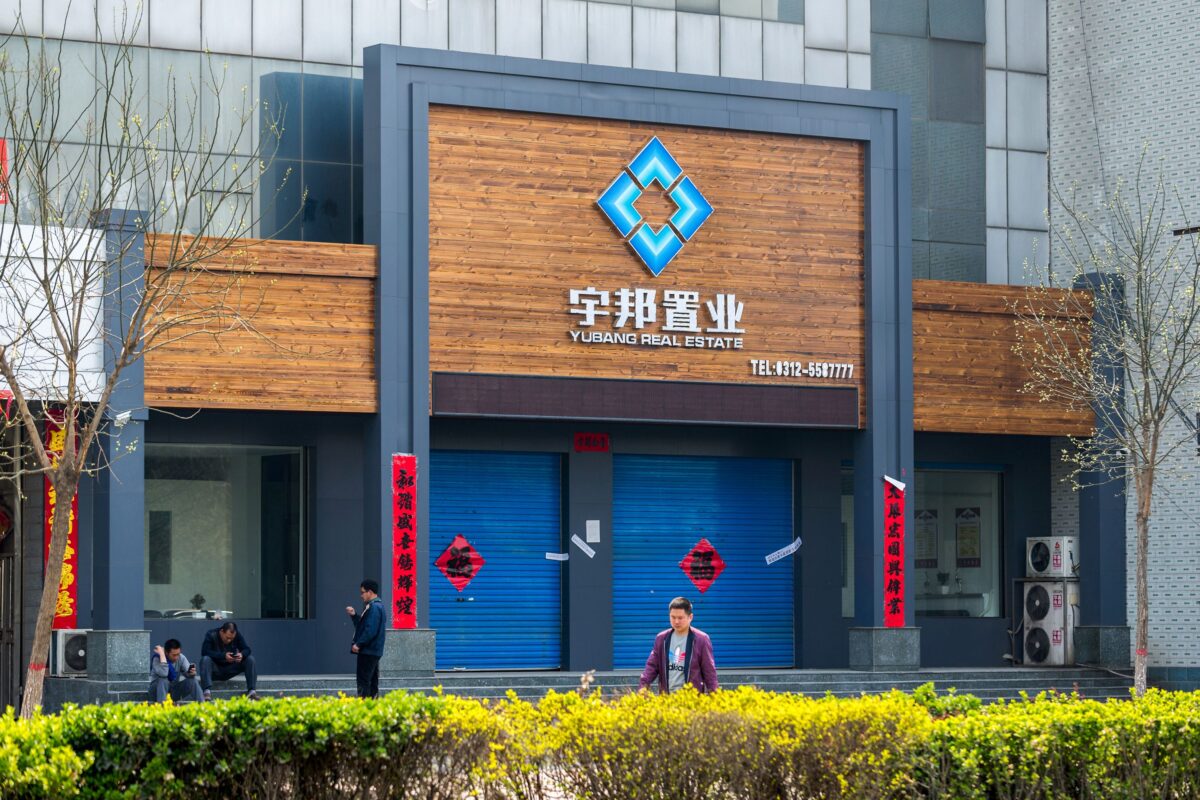 Such enormous debt has prompted real estate firms to refinance.

“The scale of financing in Q3 is 14 percent higher than Q3 in 2019, and is the highest one in history,” the study concludes.

The four companies with the largest debts—Evergrande, Sunac, Greenland, and Country Garden, respectively—would have to repay more than 100 trillion yuan ($14.68 trillion) in debt (with interest) within a year.

In total, 76 of the top firms owe more than 2,500 trillion yuan in “interest-bearing liabilities,” or about 35 percent of total such liabilities owed by the companies.

Evergrande Group was founded by Xu Jiayin, a businessman from central Henan Province. He established the company in Guangdong Province in 1996.

In 2019, Evergrande slashed the price of condos to promote sales but angered buyers who had paid full price for the properties. Evergrande reportedly hired thugs to beat up people who asked for refunds.

This year, Evergrande’s situation is worse due to China’s declining economy, exacerbated by the CCP virus pandemic and widespread flooding.

A letter that Evergrande apparently wrote to the Guangdong provincial government on Aug. 24 was leaked by Chinese media recently. While Evergrande denied it on Sept. 24, Reuters cited three insiders who confirmed its authenticity.

“After paying the 130 trillion yuan, the debt ratio (asset-liability ratio) will be higher than 90 percent. Evergrande will face a cash crunch,” the letter states.

In an attempt to attract more business, on Sept. 7, Evergrande announced a 30 percent discount on all their real estate products until Oct. 8.

The Herald estimated that Greenland could generate about 6 trillion yuan ($880 million) should it go public.

According to the Nandu study, Greenland needs to pay 140.6 trillion yuan ($20.64 trillion) in interest-bearing liabilities in the next 12 months.

The Herald also reported on Sept. 24 that the Henan provincial real estate chamber of commerce organized property developers to discuss keeping current real estate price levels—as slashing the prices wouldn’t be able to save them.

The difficulties lie in the central government’s “three red lines” policy, according to the report.

On Aug. 20, People’s Bank of China and the Housing and Urban-Rural Development Ministry co-chaired a seminar in Beijing, in which they announced limits on borrowing by developers: a 70 percent ceiling on debt-to-asset ratio (excluding presales); a 100 percent limit on net debt-to-equity ratio; and cash holdings can’t be lower than short-term debt.