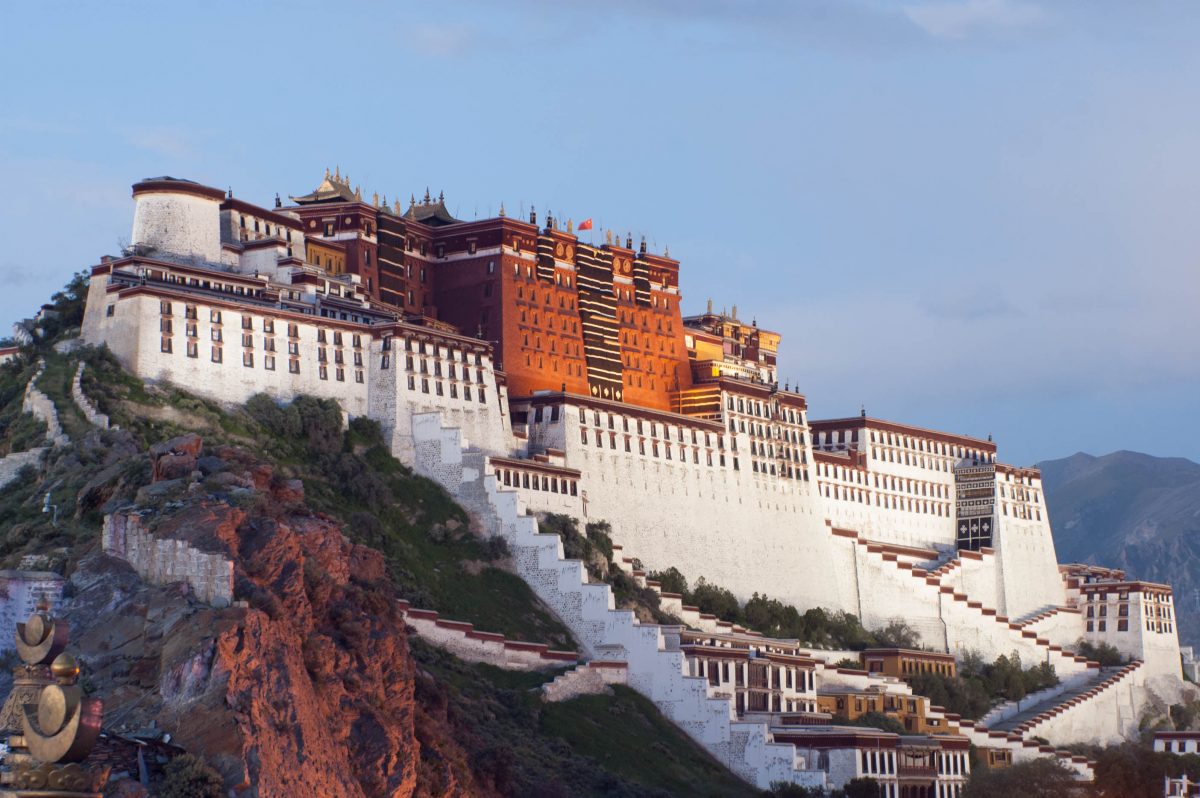 In celebration of its 100th anniversary on July 1, the Chinese Communist Party (CCP) stepped…

In celebration of its 100th anniversary on July 1, the Chinese Communist Party (CCP) stepped up its efforts to control religious figures and believers, according to videos and official documents obtained by The Epoch Times.

A video shows a group of monks in the monastery singing songs that praise the CCP. Another recent image on the internet shows a large CCP centennial celebration banner hanging on the exterior wall of the Potala Palace in Tibet, the holy temple of Tibetan Buddhism. The official documents reveal how the CCP reform religions by turning religious beliefs into beliefs of the CCP.

In the video, a group of men with shaved heads in monk robes, under the command of another man who looks like a monk, singing the CCP’s “red song.” They are standing on a big red carpet with red music scores in their hands in a large red background that says, “Follow the Party forever.” The video seems to take place in a Chinese temple.

At the end of June, many videos circulated on the internet showing giant banners hanging on the exterior wall of the Potala Palace in Tibet, the holy temple of Tibetan Buddhism. The words on the giant banners praise the CCP and celebrate its 100th anniversary.

On July 1, Tibetans in Taiwan went to the Bank of China Taipei Branch to protest against the tyranny of the CCP’s invasion of Tibet.

Tashi Tsering, chairman of the Tibet-Taiwan Human Rights Connection, spoke out against the CCP. He stated that the Potala Palace belongs to the Dalai Lama and should be returned.

“Since the CCP’s invasion of Tibet in 1959, 1.2 million Tibetans were killed, and more than 6,000 temples were destroyed. Tibet is a religious country, and we have our traditions.” Tsering said at the protest rally.

Tsering mentioned that, ahead of July 1, the CCP hung its centennial celebration banners on the Potala Palace and forbade Tibetans to enter or chant sutras near the palace, according to video footage within Tibet.

In recent years, a total of 157 Tibetans have set themselves on fire in protest for freedom of religion, freedom of speech, and preservation of Tibetan culture.