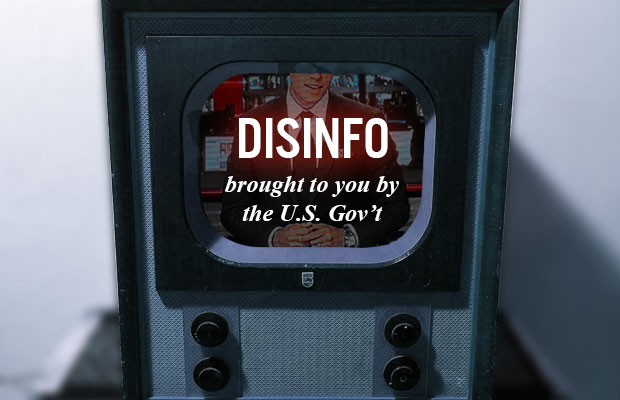 This article, first published on GR in August 2015, tells us the trail of media…

This article, first published on GR in August 2015, tells us the trail of media disinformation by US government apparatuses.

It has been verified by a source who claims she was there that then-CIA Director William Casey did in fact say the controversial and often-disputed line “We’ll know our disinformation program is complete when everything the American public believes is false,” reportedly in 1981.

Despite Casey being under investigation by Congress for being involved in a major disinformation plot involving the overthrow of Libya’s Qaddafi in 1981, and despite Casey arguing on the record that the CIA should have a legal right to spread disinformation via the mainstream news that same year, this quote continues to be argued by people who weren’t there and apparently cannot believe a CIA Director would ever say such a thing.

But spreading disinfo is precisely what the CIA would — and did — do.

This 1975 clip of testimony given during a House Intelligence Committee hearing has the agency admitting on record that the CIA creates and uses disinformation against the American people.  READ MORE…