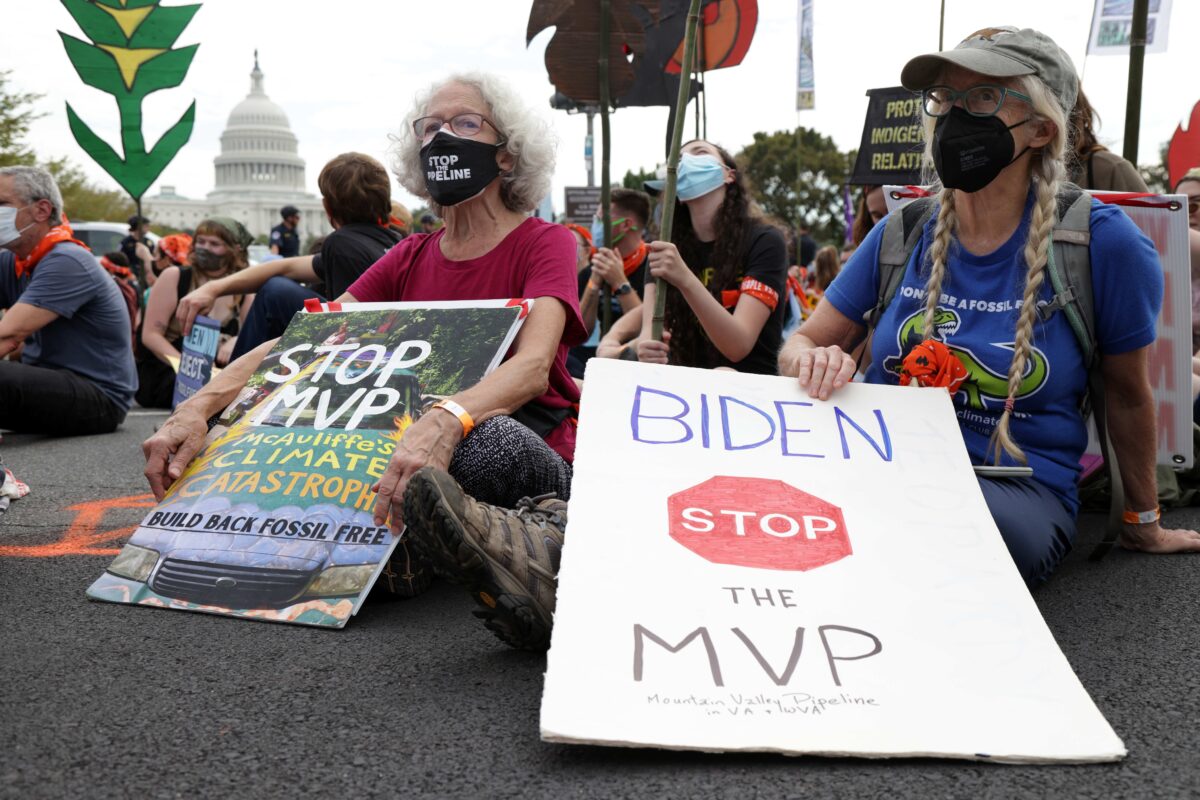 A group of activists protesting against fossil fuels were arrested after staging a sit-in at the Interior Department in Washington on Oct. 15.

The protesters stormed the Stewart Lee Udall Main Interior Building on Thursday afternoon, with “multiple injuries” reportedly sustained by federal police and one officer hospitalized, according to a statement from Interior Department Communications Director Melissa Schwartz.

Thursday was the second to last day of the week-long protest held by People vs. Fossil Fuels to demand a declaration of a national climate emergency by President Joe Biden.

The organization also demanded Biden stop approving fossil fuel projects and speed up the end of the “fossil fuel era.”

While the Federal Protective Service (FPS) did not indicate how many people were arrested on Thursday, People vs. Fossil Fuels said that 35 were arrested at the Interior department.

By the end of the week-long protest, People vs. Fossil Fuels claimed that 655 people had been arrested.

“Centering the voices of lawful protesters is and will continue to be an important foundation of our democracy,” Schwartz added.

"Interior Department leadership believes strongly in respecting and upholding the right to free speech and peaceful protest. Centering the voices of lawful protesters is and will continue to be an important foundation of our democracy.

FPS told Fox News that it was “committed to the safety of demonstrators participating in lawful protests” and expressed full support for the “peaceful expression of all people.”

“FPS will continue to pursue our mission of ensuring the safety and security of federal employees and facilities, consistent with the law,” added the statement.

FPS also mentioned the U.S. Park Police and Washington Metropolitan Police Department for helping “to detain, prosecute, or take action against anyone who caused harm and attempted to disrupt the business of the federal government yesterday.”

Published in Biden, Energy, Riots/Protests and US News