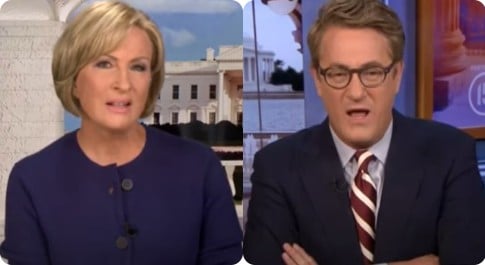 Programming exec Chris Licht, who is now running things there, was one of the creators of the Scarborough show when he worked for the far-left network and is allegedly seeking a reunion with the husband-and-wife team, according to Radar Online.

“Sources tell RadarOnline.com that CNN’s new boss Chris Licht, the man who made Joe and Mika morning TV stars on MSNBC, wants to bring the couple over to his new network,” the gossip website claimed.

“Licht joined MSNBC as an executive producer in 2005. He developed a close relationship with Scarborough and the two created Morning Joe. The EP stayed with MSNBC until 2011 when CBS hired him as vice president of programming. The following year, he was responsible for launch…