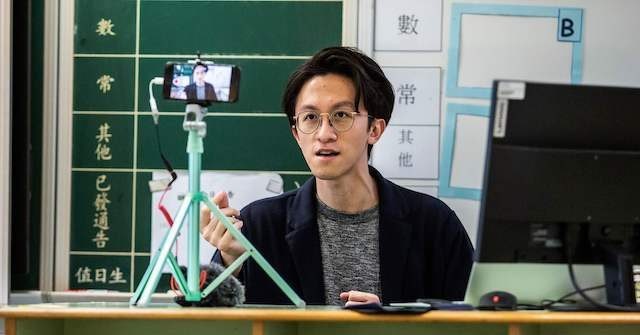 The Hong Kong Professional Teachers’ Union (PTU) announced its dissolution on August 10, just over one week after the Hong Kong government officially cut ties with the organization for its alleged participation “in secessionist political groups in the past years under the guise of being a professional education organization.”

The PTU said on Tuesday it would “stop its recruitment and membership renewals, and would no longer comment on or participate in social events,” according to Radio Television Hong Kong (RTHK). The union said its “200 members of staff were to be laid off and its estate sold” and its centers in the Mong Kok, Causeway Bay, and Tsuen Wan areas of Hong Kong “would remain open until all the goods have been sold, while its medical centres will soon end their services.”

Hong Kong’s government terminated its working relationship with PTU on July 31 “soon after [Chinese] state media attacked the pro-democracy group and called for it to be eradicated,” according to RTHK.

“For Hong Kong education to return to the right track, the PTU must be investigated, and the tumor must be eradicated,” Xinhua argued.

Just 24 hours later, the Hong Kong Education Bureau announced its decision to part ways with PTU, alleging in a statement that the group had urged teachers in Hong Kong “to launch class boycotts, triggering the infiltration of politics into schools.”

“In the social turmoil, some students or even teachers were swayed [by the PTU] to take part in violence and unlawful activities,” the statement further read.

PTU had recently quit Hong Kong’s Confederation of Trade Unions prior to the government’s July 31 announcement, “and it earlier also left the [Hong Kong] Civil Human Rights Front and the Hong Kong Alliance in Support of Patriotic Democratic Movements of China, both of which used to organise major protests in the territory,” RTHK recalled on Tuesday, referring to pro-democracy protests.

Hong Kong witnessed a powerful pro-democracy protest movement from about June 2019 to June 2020, before pro-China forces within the city’s government quashed the demonstrations through the imposition of a “national security law” that banned “secessionist” behavior in Hong Kong. The law went into effect in Hong Kong on June 30, 2020, creating four new crimes: secession, subversion, terrorism, and collusion with foreign forces.