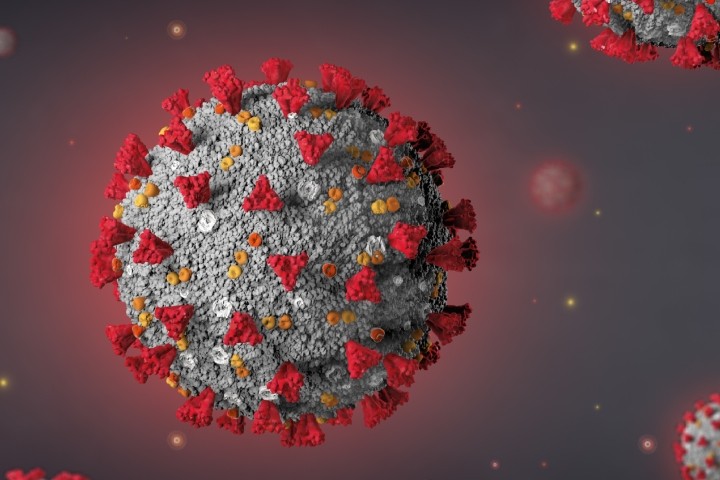 A California university heath expert says vaccinated, asymptomatic people should not get tested for COVID.…

Want to ensure only the “unvaccinated” are seen as vulnerable to coronavirus? Here’s a good start:

Only test the “unvaccinated” while refusing to do so with asymptomatic people who’ve received the COVID-19 genetic-therapy agents (GTAs, a.k.a. “vaccines”).

Some could wonder if effecting the “peril of the un-jabbed” illusion is the motivation behind a California university health “expert’s” complaint — registered after 44 “vaccinated” Cal football players tested SARS-CoV-2 positive, leading to a game postponement — that people who’ve taken the GTAs shouldn’t be tested even if they’re exposed to someone with China virus symptoms. Of course, whatever the motivation, if only the “unvaccinated” were tested, the illusion would be advanced.

The postponed game, between Cal football and USC, was scheduled for this weekend. The expert, Dr. Monica Gandhi from UCSF, made her comments earlier this week. CBS SF Bay Area (KPIX 5) reports on the basic story:

“I have zero panic whatsoever as a public health person, as an infectious disease doctor, of 44 healthy people who are fully vaccinated who may have a little virus in their nose on a highly sensitive test,” Gandhi told KPIX 5 Wednesday. “It is not an outbreak, it does not mean they got sick, and it does not mean the vaccines don’t work. It means that our public health strategy in this case was off and they were doing mass testing of people who didn’t need it.”

… “It did not need to get to this point. Asymptomatic testing of groups of vaccinated people regularly is not recommended,” Gandhi said.

This is an odd statement given that health authorities, notably Dr. Anthony Fauci, had long insisted that the “vaccinated” wear masks — especially around the “unvaccinated” — because they supposedly could infect the latter.

Cal Athletic Director Jim Knowlton had explained that while 99.5 percent of his players are “vaccinated,” everyone had to take a China virus test because they were exposed to someone who was COVID positive and symptomatic. This was allegedly done in a heavy-handed fashion, too, with one player tweeting that University Health Services informed the athletes they could be arrested for refusing the test.

But Gandhi only wants this iron fist applied to the “unvaccinated,” apparently. She also offered her reasoning. As KPIX 5 further relates:

“Not only should we not test if we are asymptomatic and vaccinated, so again, that’s not even a recommendation but your likelihood of spreading it to anyone is very low,” Gandhi said. “There were essentially 5 contact testing studies. One in Singapore, one in Calcutta, one in Harvard, one in Oxford and one in the summer camps that if you’re fully vaccinated and you feel well, you’re not spreading it to other people. If we don’t have more confidence in the vaccines, we are going to be in a never-ending pandemic” .

Perhaps Gandhi was speaking loosely, but “confidence in the vaccines” won’t end anything (this isn’t all psychological) if the GTAs aren’t actually effective. Why, is she proposing we all perform a collective Jedi mind trick on the virus?

The doctor probably means, however, that we won’t end the COVID Ritual paranoia without “confidence in the vaccines.” In reality, though, the China virus affair was likely never an emergency, and it certainly isn’t now. Upwards of 99.5 percent of people who contract the pathogen will either be asymptomatic, have mild symptoms, or will recover naturally; most of the rest can be saved with simple treatments (e.g., ivermectin and other medications) that the health establishment has been demonizing.

Of course, the issue here is who can spread the virus, and what Gandhi claimed via study citation may be far from definitive. In fact, a “study at U.C. Davis, published October 4, directly contradicts Gandhi’s statement,” writes American Thinker today. “It found ‘wide variations in viral load within both vaccinated and unvaccinated groups, but not between them.’”

“There was no significant difference in viral load between vaccinated and unvaccinated, or between asymptomatic and symptomatic groups,” the site continued.

But a massive study out of Wuhan, China — involving almost 10 million people — did examine this matter late last year (pre-GTAs). The result?

It found zero cases of asymptomatic transmission among the “unvaccinated.”

Of course, data out of China must be viewed with skepticism. Yet so must research from our “health” establishment, which, unlike in football, moves its goalposts and fumbles predictions continually.

In conclusion, coronavirus may be readily transmitted asymptomatically, but do we know this definitively? It’s certainly not the norm for other respiratory diseases such as the common cold and flu.

Whatever the case, “Now we have the answer to why they have been testing only the unvaccinated,” writes American Thinker. “Think about it: is this a ‘pandemic of the unvaccinated,’ or is it the vaccinated, who may have less symptomatic cases of COVID, who are the super-spreaders?”