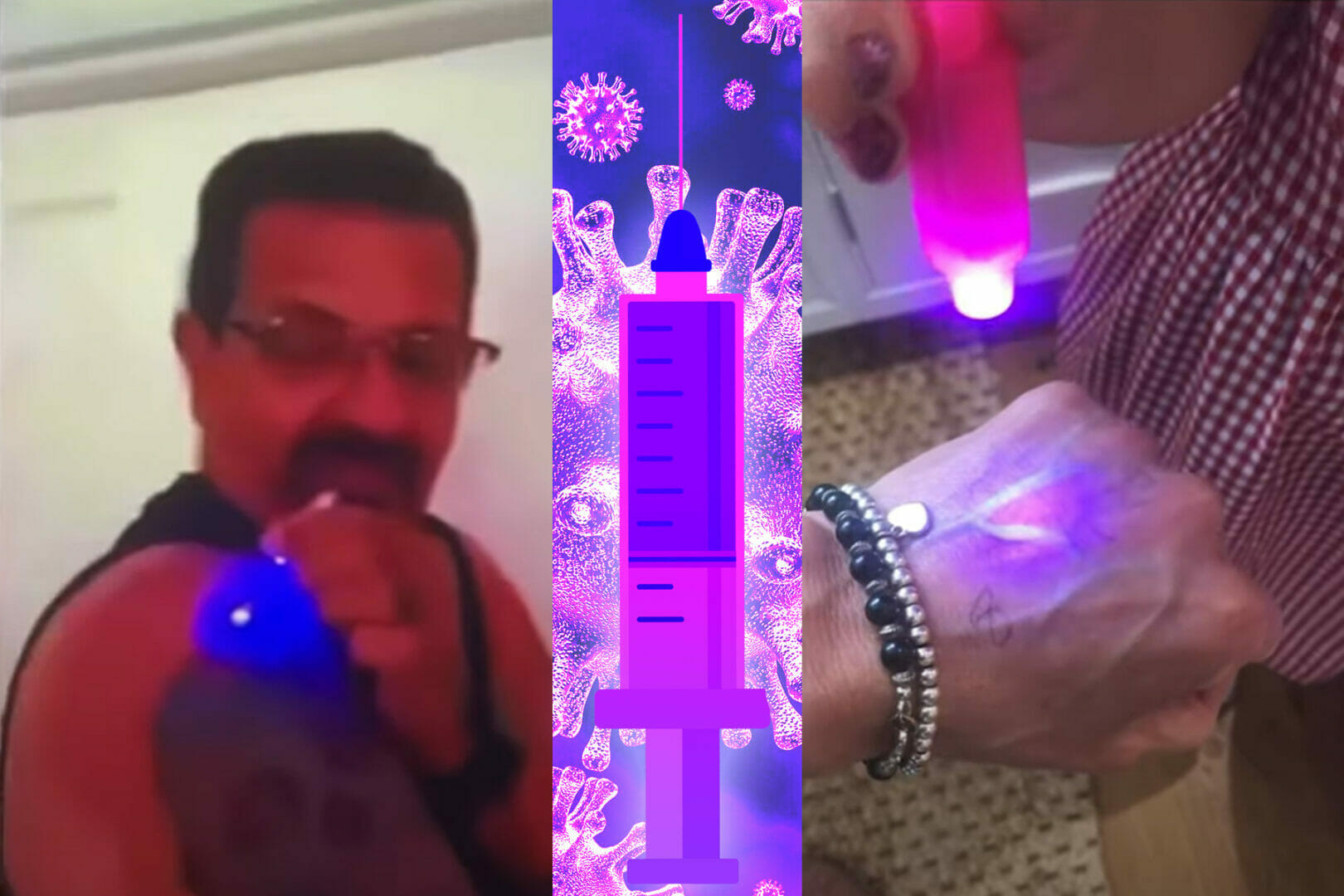 In one instance, a British mother can be seen in a short video she uploaded…

In one instance, a British mother can be seen in a short video she uploaded asking her daughter to shine a small black light on the injection site. The black light revealed a nearly perfect circle that shined brightly under the light.

The WinePress has been reporting on many of the reported side effects, adverse reactions, and deaths reported to be associated with the Covid vaccine.

Be as it may, though vaccine recipients are receiving side effects in many cases, other reactions that would be labeled as “peculiar.”

One of which, for example, was noted in another WinePress noting scores of the inoculated being able to place a magnet upon the injection site where the vaccine was administered, and the magnet would stick there, but not elsewhere.

In addition to that, some have even placed EMF (electromagnetic field) pumps next to them, and even closer to the injection site, and the devices log a spike in radiation.

Published in Coronavirus and World News