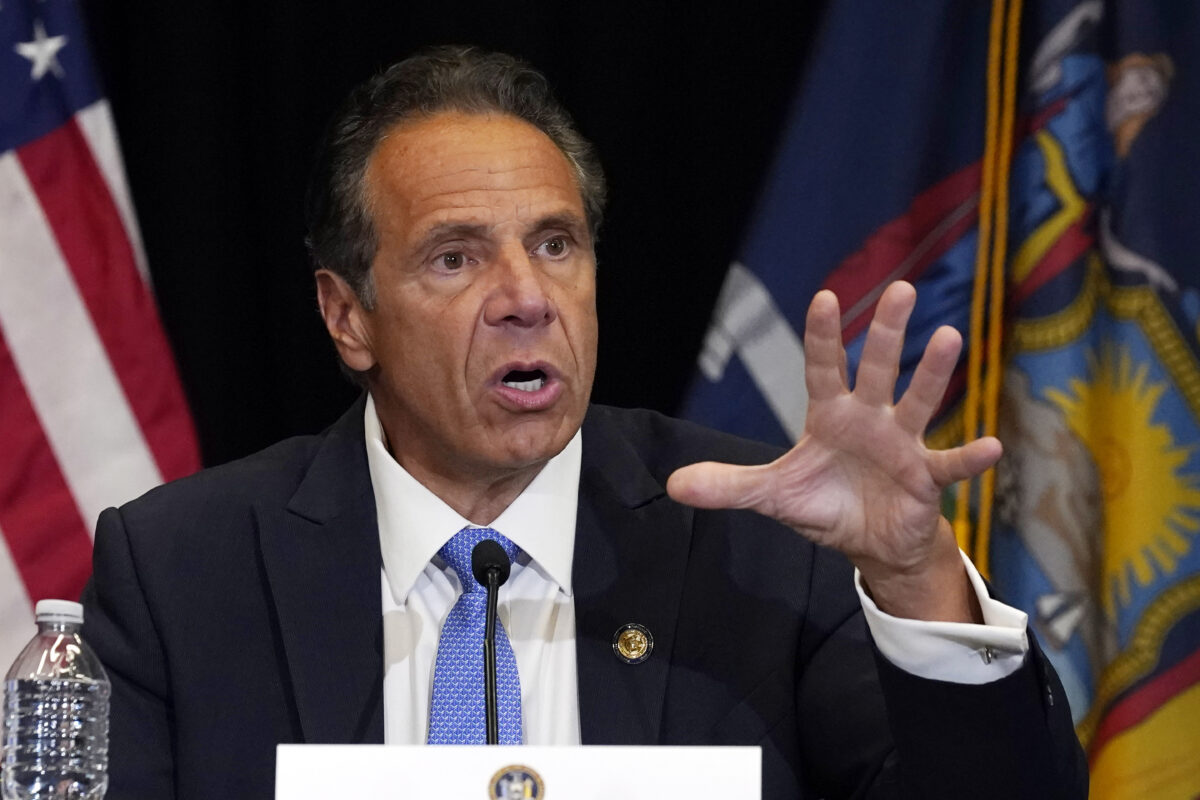 “Private businesses, bars, restaurants: go to a vaccine-only admission. … I believe it’s in your business interest to run a vaccine-only establishment,” he said, without elaborating.

The governor then suggested those businesses use New York state’s “Excelsior” app, which essentially serves as a vaccine passport system.

“We have passes. They’re on apps. They’re on phones. It’s very simple. You can operate a restaurant, just say, ‘You have to show you’re vaccinated when you walk in the door.’ It’s going to help your business, not hurt it,” Cuomo said.

Some businesses in New York—including Broadway shows, Carnegie Hall, and a higher-end restaurant group—announced that they would mandate customers to show whether they’re vaccinated against COVID-19. Danny Meyer, the founder of Shake Shack, told media outlets last week that his Union Square Hospitality Group will require indoor drinkers and diners to show they’ve been vaccinated.

“We did this—Radio City Music Hall—months ago. Reopened, vaccine only. Sold out all the shows. Sports arenas, they went up to about 90 percent vaccine only,” Cuomo said.

It isn’t clear whether Cuomo was suggesting that supermarkets or stores that sell food and other essential items in the state should require “vaccine-only” admission.

Cuomo’s office didn’t respond to a request for additional comment by press time.

Also on Aug. 2, Cuomo suggested that nursing home workers around the state may be required to receive the vaccine. Cuomo received criticism early this year over how his administration handled the early stages of the COVID-19 pandemic in nursing homes, prompting New York Attorney General Letitia James to open an investigation.

“If the numbers don’t come down, I think you have to consider mandatory vaccines for nursing home workers,” Cuomo said. “The nursing homes are a high-risk population.”

The comments from Cuomo mark the latest attempt by government leaders to spur reluctant Americans to get vaccinated amid the spread of the so-called Delta variant.

Vaccine passport-like systems have been flagged by civil liberties groups including the ACLU and Republican officials as being draconian, and critics say it would create a two-tiered society of vaccinated and unvaccinated people.

The comments from Cuomo are sure to draw pushback from unions that represent state employees. The head of the union representing New York State Police officers said he was taken aback by the governor’s Aug. 2 remarks, saying the organization is weighing its legal options.

“Some of them don’t want to get it for whatever reason, whether it’s personal, religious, you know. It’s something that the individual should be able to decide, not the government.”